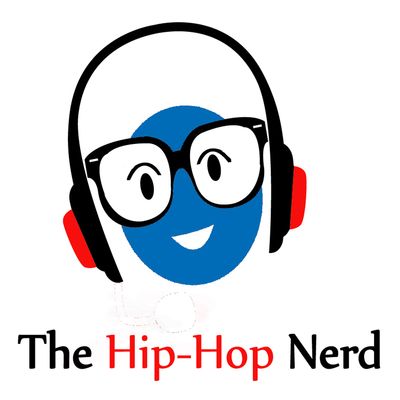 The Hip-Hop Nerd is a unique blend of Hip-Hop Music and Nerd Culture.

This week I had a sit-down with the very talented singer Karlos Farrar! He’s cool and we even get a chance to geek out for a minute. When you hear the music on this one you’ll want to keep up with his career.

Karlos Farrar, born and raised on the east-side of Detroit, is without a doubt the latest sensation to hit the music world. His uniquely smooth and gentle voice, mixed with his Motown influences and “New-School Steez,” has the hits that will make you relate and connect to his music emotionally and mentally. This young multi-talented young man is in a musical caliber of his own. He choreographs, writes, and produces most of his own material. All these talents make Karlos such a rare commodity of our time.

Karlos’s musical curiosity began at the age of three, where he would practice dance moves in front of his red-framed mirror, trying to imitate the legendary Michael Jackson. By the age of six, Karlos found himself singing to tunes played on the R&B and Pop radio stations. When Karlos was eleven, he put his talent to the test by entering talent shows throughout the city of Detroit. At this point in Karlos’s life is when he realized that he had found his new love and passion for music and decided to become a singer/entertainer.

At the age of eighteen, Karlos fate of becoming a true musician started to thrive. He and his family relocated to Las Vegas, Nevada. This was Karlos’s grand-opportunity to utilized his talent, develop as an artist, and network with some of the West Coast’s prominent artists. Karlos worked day and night to perfect his craft. He started performing at local clubs and entering talent shows while winning first place multiple times. Karlos build a name for himself and soon started becoming one of local Las Vegas’s top unsigned R&B singers. Karlos has opened shows for some of today’s leading artists such as Trey Songz, Ginuwine, Tank and many others. Karlos has also toured and danced with Interscope recording artists Roc City, Interscope recording artist “Lincoln Heights,” Mishon, and Universal Motown artist, London.

Karlos is giving people what they have been missing. Originality! He is most definitely putting his work in to obtain and wear that “King of Pop-N-B” crown. “R&B music that appeals to Pop listeners is Pop-N-B. Appealing to a Pop audience isn’t selling out as long as what your creating is from your heart. I think whatever you create from your heart and mean, is real music.”
“I would say I’m the definition of Pop-N-B because when you listen to my music you’ll feel whatever emotion I want you to feel because its coming from a real place. Whether its making you dance or making you cry. “Making Music people can relate to is what I’m all about at the end of the day ultimately, whether its fast or slow, its REAL.”

Keep your eyes open for this young star on the rise. His debut hit single “Ice Kream Man” was released in April 2016. He is currently on his “Ice Kream Man Tour” right now for his release with R&B legend Ginuwine and more. His work is just getting started. With the inspiration for his music coming from simply living life, and giving all his fans the real deal and all of himself as an artist. “Music is everything. I live for music. Its my life! I hope anybody who hears my music can relate and just feel it. I put my heart into my music.” -Karlos Farrar