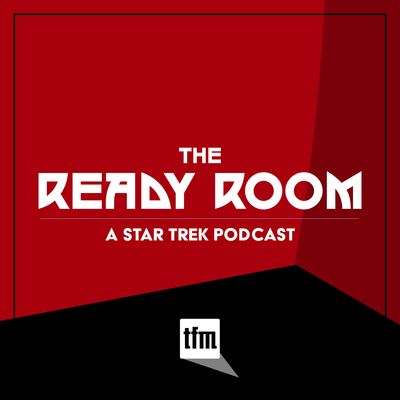 Sometimes it would be nice to have a transporter. What Star Trek fans hasn’t had that thought? But would we really want to be disassembled atom by atom and put back together somewhere far away? Hoshi certainly didn’t in the second-season Enterprise episode “Vanishing Point,” but it was her only way out of a deadly situation.

In this episode of The Ready Room, host C Bryan Jones is joined by Justin Oser, Aaron Harvey, and Luke Weir to discuss Hoshi’s eight-second mental adventure, her father’s confusion, early transporter technology, the repetition of story concepts in Star Trek and, of course, the legend of Cyrus Ramsey.

In our news segment, we explore the new video vault component of the Deep Space Nine documentary and take a trip through the Cosmos as LeVar Burton brings Carl Sagan’s classic to life.