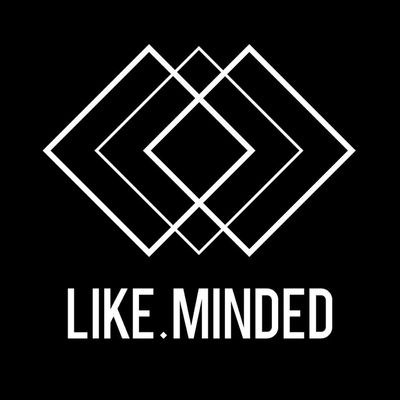 In the summer of 2014, the founders of Like.Minded, Anderson M, Borbi and Matt Hill decided to join forces to pursue the broadening of the underground music scene in their region of Southern California. Their goal was to integrate a community of unique individuals who spread positive ideas and vibrations. Through the vehicle of DJing and live performance, they sought to further the expression of the styles and sounds they lived for. With this model, Like.Minded has been showcasing many local and foreign talented artists on their Podcast Series. Like.Minded has showcased its craft all throughout Southern California. They continue to push the sonic envelope by bringing solid underground music and good vibes to its community and more. Sign up for our newsletter to stay updated on all things Like.Minded - http://tinyurl.com/likemindednewsletter Bookings/Podcast/Other Inquiries - likemindedculture@gmail.com

Enzo Muro (Electronic Groove/Dialogue/B.LØW) Enzo Muro's first taste of electronic music began during the late 90's back in Peru. As an avid partygoer and music enthusiast, Enzo had the privilege to see many of the greats, including Steve Lawer, Peace Division, Carl Cox, Sasha, Pete Tong, Adam Freeland, Deep Dish, Hernan Cattaneo, DJ Three, H-Foundation, etc... spinning their hearts out in Lima. Good sets and good times instilled in him the passion to play music of his own... Since arriving in LA in 2004, he has been dropping records around LA, Mexico & Peru. As the California liaison for Bamboocha Radio out of Lima, Peru, Enzo has hosted many local djs and special guests in his bedroom studio in recent years. This has been a great opportunity for Enzo to hang out with basically all the djs in the industry on a level outside of the party scene–some tight bonds have derived from these personal encounters. Now, having joined the zealous Electronic Groove team based out of Miami, Enzo has connected a strong link between the U.S. bicoastal network. It’s the perfect match for both parties. Equity is a beautiful thing. The amount of music that Enzo has been exposed to, on his radio show, live streaming or out and about at every show in LA, gives him a broad and tasteful style of music when he djs. One has to step out of the box to acquire such a taste in music. Enzo has played at Lightning in a Bottle and Desert Hearts, Burning Man a few years; and has opened for djs such as Barac, Bill Patrick, tINI, Sepp & Nu Zau, Hernan Cattaneo, Rampue, Frank & Tony, Mira, Behrouz, Nick Warren, Daniel Bortz, Guy J, to name a few. Enzo is also a resident of Dialogue, one of the most prestigious underground parties in LA, alongside with Halo Varga, Silky & MD; and a fixture at Pattern Bar, a popular dimly lit cocktail lounge in DTLA where now throws a monthly party with Electronic Groove called B.LØW. @enzo-muro https://www.facebook.com/search/top/?q=enzo%20muro Website: likemindedculture.com/ Facebook: facebook.com/likemindedculture Instagram: instagram.com/likemindedculture/