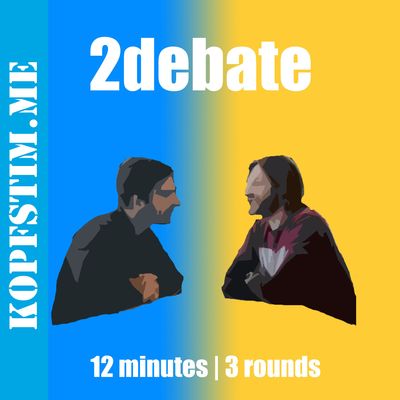 Before anything else, you have to spend five minutes watching this video. Hopefully, it will make you laugh – and most likely you will relate to it too. As you’ll hear me say in our latest 2debate episode, I have even very seriously used Uber ratings to decide whether to proceed with dating someone (spoiler: your rating should be above 4.7).

All this may make you laugh but ratings can be misused – in the YouTube video linked above, both characters mention Black Mirror, an excellent British science-fiction series with each episode depicting how a specific technology can be utilised in nefarious ways. I am usually not a fan of TV series because of their clever ways in trapping viewers and making them desperate and impatient to watch the next episode. Black Mirror is distinct as each episode is entirely different from one another: different theme, different characters, and there’s no follow-up story. Nosedive is the title of the hour-long episode which shows how rating everyone in every possible interaction can lead to nasty consequences, including being eventually limited in what one has access to. Ironically, that episode received mostly good… reviews – so yes, do go on and watch it.

And that’s the thing: whether we like it or not, we love judging others. We are inevitably influenced by how other people rate products and services. Is it a good thing though, or are we trapping ourselves in being falsely nice? Are we silly in playing that possibly toxic game? Listen to our arguments in our latest episode – as always 6 minutes are given for each side.

Don’t have enough on the rating topic? In case you missed it, our 50th episode was centered on the education theme, examining whether grading students could be considered counterproductive.

Oh and one more thing: don’t forget to give us f-i-v-e stars on iTunes, because you are our beloved five-star listeners!

Sebastian, on behalf of Sebastian (five stars) & Dirk (five stars too, what a surprise)