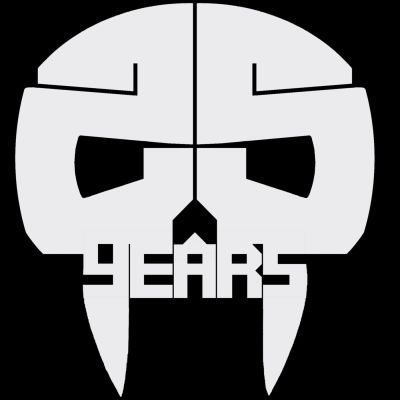 25 Years of Vampire: The Masquerade

Hello, all! Welcome back to 25 Years of V:tM.  In this episode, we review and discuss two more books released in 1992 - Awakening: Diablerie Mexico and Vampire: the Masquerade 2nd Edition. Also, we have a brief discussion about the game system and setting. As a bonus treat, you can check out our further discussions about LARP and V:tM at our other podcast, Nerd Words. Basically, we just let the mics keep rolling. We hope you enjoy the conversation, and we thank you for your continued support!

Lying deep in torpor beneath the Mayan tombs is a most-ancient Methuselah. Sleeping away the ages until his time to arise finally comes. He guards himself, and his potent blood, most assiduously. But you have learned where he rests -- and so you search for him. Soon his essence will be yours. They may have rules against what you are about to do, but they might as well try to stop the thirst itself. Win, and power beyond reckoning is yours. Lose, and your defeat is final, for the ancients are wrathful against those who disturb their slumber.

Diablerie: Mexico is a full Story for Vampire, requiring you to pit your mind and body against one of the most powerful Cainites in the New World. It includes: Expanded rules on Diablerie, the most-hated practice of the undead. Details on older, more powerful Vampires in a Chronicle Information on how the mightiest Kindred protect themselves during their long torpors, including the spirits and traps which guard their slumbers.

*Note: in our haste to review the second edition, we incorrectly remembered this book and erroneously stated that the Sabbat clans, independent clans and some various other information was in this book, when it is in fact, not. We apologize for our mistake. There is actually very little additional information in this book that was missing from the previous edition. Also, The Appendix has the beginning of the Forged in Steel Chronicle, which starts in Gary, Indiana and moves into the Chicago Chronicles.*
"Vampire is a game of make-believe, of pretend, of storytelling. Although Vampire is a game, it is more about storytelling than it is about winning. If you've never done this kind of thing before, you may be confused by the whole premise of a storytelling game. Once you catch on to the basic concepts, however, you'll find that it isn't all that strange, and is, in fact, eerily familiar.

You, along with some of your friends, are going to tell stories of madness and lust. Tales of things that go bump in the night. Tales of peril, paranoia, and sinister, shadowy evil. Tales from the darkest recesses of our unconscious minds. And at the heart of these stories are vampires.

These stories will capture your imagination far more readily than any play or movie; likewise, they are of a darker nature than the children's fairy tales you might remember (although those too were rather grim if you think back). This is because you are inside the story and not just watching it. You are creating it as you go along, and the outcome is always uncertain.

Perhaps the greatest danger of playing Vampire is that of seeing yourself in the mirror. To play this game you must face the madness within you, that which you strive to master and overcome, but cannot bear to face.

Unless you are willing to face the reflection of your own imperfections then go no further. Madness as well as wisdom rewards those who dare to gaze into eternity."