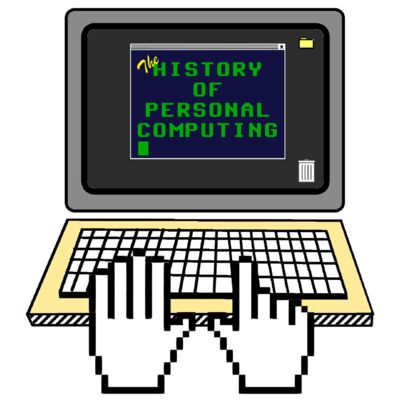 The History of Personal Computing

The History of Personal Computing podcast is your biweekly virtual guide in both audio and on the web to the history and development of arguably the single most important technological advancement of the last forty years - the personal computer. But, just what is a personal computer these days, well, that’s just it, it continues to evolve. We’ll be going over the significant devices one by one.

Welcome back everybody! The History of Personal Computing podcast has been rebooted to continue educating everyone (including your hosts) about the who, what, when, where, why, and how of personal computing.

In this new iteration, the ROM chip called David Greelish has been swapped with an FPGA configured replacement called Todd George. The other ROM chip in this computing platform, Jeff Salzman, is still here, but he’s old and made of ceramic, so he’s a bit more fragile.

Since recording this episode, we finally settled on a catchy new series title…

The NEW History of Personal Computing

Nifty, eh? And it only cost $5000 for our contracted ad agency, Dewey, Cheatum, and Howe, to come up with that name!

In this series, Jeff and Todd are focusing on more obscure systems that were used for personal computing. Very little will be discussed in future episodes about more popular computing systems, except in passing, for reference, or unless we uncover interesting information about those systems.

Starting off the new series is the UK creation called the Grundy Newbrain, which not only happens to be a full computing platform comparable to others of the day, but is also portable.

So sit back, or drive along, or sit back and drive along while listening to the new host, along with the old medicine infused re-tread who just happened to be going through a bout of the flu at recording time.

Links, citations, eBay auctions mentioned or used in the show:

Theme music for The NEW History of Personal Computing is called, “Start Up”, by Decktonic, used with permission under the Creative Commons Attribution-NonCommercial-ShareAlike 3.0 United States (CC BY-NC-SA 3.0 US)