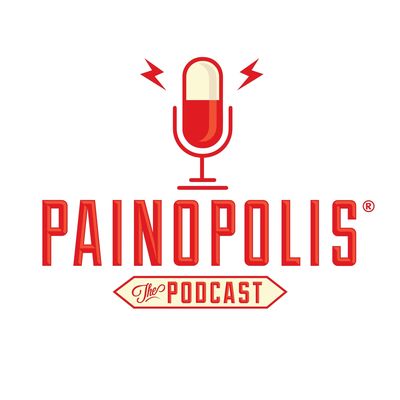 A Ketamine Coma Was Her Last Resort: RSD/CRPS - Tormented by RSD/CRPS, she bet her life on a do-or-die trip to Mexico and a 5-day coma.

Shannon Stocker was 30 years old and in her last year of medical school when she first felt the pain. It started in her right arm and eventually became so debilitating that this newly minted M.D. was forced to put her medical career on permanent hold.

Over time, the pain spread throughout her body and felt as if she’d been doused with gasoline and set on fire. Even ordinary sensations—raindrops on her skin, a gentle hug—became unbearably excruciating. Woundlike ulcers and fiery discolorations riddled her skin. After seven years of suffering, she found herself relying on a wheelchair and continuing to spiral downward. Some doctors predicted she’d be dead within two years.

The cause of her horrifying symptoms was a neurological disorder called reflex sympathetic dystrophy, or RSD. Many doctors also refer to it as complex regional pain syndrome, or CRPS. Why RSD/CRPS strikes some people but not others is a mystery. Typically, it’s sparked by an injury that inexplicably throws the body’s nervous system into chaos. This disease then unleashes pain so severe that RSD/CRPS outranks every other medical condition on the McGill pain scale, including cancer pain and amputation.

After exhausting all other treatment options, she decided to gamble on a high-risk medical procedure called ketamine-coma therapy, previously administered to only a few dozen people worldwide. To undergo the procedure, she’d need to travel to a hospital in Monterrey, Mexico, because the FDA hasn’t approved ketamine-coma therapy for use in the U.S. Given the procedure’s experimental status, riskiness and five-figure cost, no physician in the U.S. even offers it.

In Mexico, her doctor would use massive doses of ketamine—a drug best known as a horse tranquilizer and as a powerful hallucinogen often sold on the street as “Special K”—to put Stocker into a coma lasting five days. Just as you might turn a glitchy computer off and then turn it back on again to make it work properly, Stocker hoped that the ketamine coma would likewise reboot her nervous system and thereby dial down the pain.

But during those five days, ketamine also would unleash hallucinations so fearsome that she’d need to be tied to her hospital bed to keep from thrashing around and hurting herself. Going into it, she knew that the treatment and related expenses would cost $40,000. But despite some promising research data, the treatment came with no guarantee that it would work—or that she’d even survive it.

Today, nine years after she awakened from the ketamine coma, we talk to Stocker about why someone trained as a physician would seek out a treatment that American doctors don’t even perform; how she stayed hopeful during those many years of agony; what lessons this doctor-turned-pain-patient learned about navigating the healthcare system that the rest of us in chronic pain need to hear; and lastly, how she’s doing now. (Quick hint: she’s given birth to two children since the coma!)

•  Why she saw more than 30 doctors before finally receiving an accurate diagnosis—and why it came not from a physician but from her non-doctor husband Greg, a salesperson who exhaustively researched her symptoms and advocated on her behalf

•  What it was like to travel outside the U.S. for treatment

Shannon Stocker is a mom and writer who writes books for children. In September 2017, her writing will be published in Chicken Soup for the Soul: Dreams and the Unexplainable. And in 2019, Sleeping Bear Press will publish her first picture book. She also publishes a blog and other nonfiction that explore a variety of topics, including her battle with chronic pain. She and Greg kept a day-by-day blog detailing her experience of undergoing ketamine-coma therapy in Mexico. In addition, she’s on the board of directors of the International Research Foundation for RSD/CRPS.

At first glance, the women in the two videos below appear to be two different people. The first video shows a pain-wracked invalid. The second shows a vibrant singer performing in front of an audience. In fact, they’re both videos of Stocker—the first taken shortly before she underwent ketamine-coma therapy; the second taken seven years later.

It’s hard to imagine a more vivid example of what can happen when someone in chronic pain latches on to an effective treatment. In her case, ketamine didn’t just trigger an improvement. It triggered an astounding transformation. To see the change for yourself, click on the “before-ketamine” video (“Part 1: Pre-coma Evaluation”) and “after-ketamine” video (“Part 3: Dr. Stocker ‘Live’”) below:

Just how strong is the evidence that ketamine can reduce the pain of RSD/CRPS? And what other treatments might help relieve it? Scientists have been asking those same questions. Explore this sampling of their research to date on ketamine and other options:

•  This 2015 systematic review article evaluates 45 studies and case reports involving the use of ketamine to treat RSD/CRPS.

•  This 2014 review article evaluates the quality of the published research involving the use of ketamine to treat RSD/CRPS, along with providing an overview of how ketamine has been used historically, both medically and illicitly.

•  This 2014 review article evaluates the benefits and risks of using ketamine in the treatment of chronic pain, explains the neurochemical changes that can produce neuropathic pain, and suggests how ketamine may interact with those changes to reduce pain.

•  This 2013 review article draws upon hundreds of published studies to discuss the merits of various treatment options and to identify key indicators for diagnosing RSD/CRPS.

•  This 2007 study involving nine American patients with RSD/CRPS who underwent ketamine-coma therapy in Germany found that the procedure significantly reduced their pain without causing any adverse cognitive effects when measured six weeks post-coma.

•  The RSD/CRPS Treatment Center and Research Institute and the International Research Foundation for RSD/CRPS, based in Tampa, Fla. Both were established by Anthony Kirkpatrick, M.D., Ph.D., a physician who treated Stocker on an outpatient basis in Tampa and who also coordinated her treatment in Mexico.

According to Dr. Kirkpatrick, no medical institutions in the United States, Mexico or elsewhere are currently performing ketamine coma therapy on a routine basis.