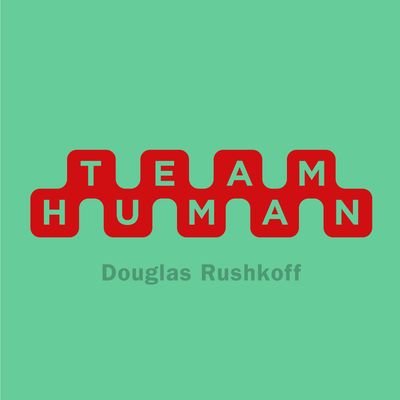 Team Human is a weekly podcast and set of resources enabling human intervention in the economic, technological, and social programs that determine how we live, work, and interact. This is media as cultural resistance and a path to social change. See acast.com/privacy for privacy and opt-out information.

Rushkoff discusses the origins of virtual reality and shares stories of exploring the limits of the medium with Timothy Leary and Terrence McKenna. Together Rushkoff, Malicki-Sanchez, and Winger-Bearskin ask how virtual reality can be used in storytelling, why good VR experiences shouldn't force us to do certain things, and how we might justify the use of virtual reality in the face of existential crises. It is a wide-ranging discussion that aims to challenge the underlying assumptions of VR's central operating system.

Keram Malicki-Sanchez founded VRTO in spring 2015. He is also the editor-in-chief of IndieGameReviewer.com since 2008 and founder of FIVARS – the Festival of International Virtual and Augmented Reality Stories.

Amelia Winger-Bearskin is an artist, technologist, and organizer who develops cultural communities at the intersection of art, technology, and education. She founded IDEA New Rochelle, which partnered with the NR Mayor’s office to develop citizen-focused VR/AR tools and was awarded the 2018 Bloomberg Mayors Challenge $1 million dollar grant to prototype their AR Citizen toolkit.

A special thanks to the VRTO Team for producing this live event.

You can read written versions of Rushkoff’s show monologues at Medium.

Team Human is made possible thanks to the generous support of our listeners on Patreon. Your support makes the hours of labor that go into each show possible.

You can also help by reviewing the show on iTunes.

On this episode you heard Fugazi’s “Foreman’s Dog” in the intro thanks to the kindness of the band and Dischord Records.

Team Human is a production of the laboratory for digital humanism at Queens CUNY. Our new producer is Josh Chapdelaine, Luke Robert Mason edited and mixed this show, and Stephen Bartolomei is a magical human who is still missed.