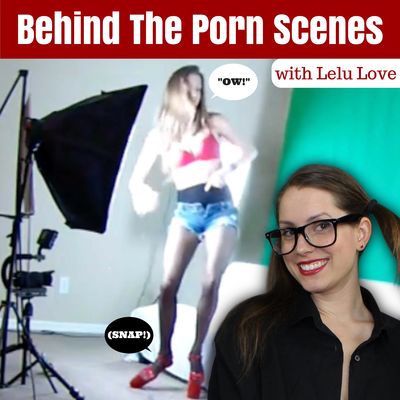 How Do Women Really Feel About Male Virgins? – Ep18

The video versions of the podcasts always get posted the week after, so you can listen to today’s podcast right now of course then go back and watch the video version of last week’s HERE.

Here is the before and after of my eyelashes

Oh and looks like bursted is/isn’t a word lol It IS still in some dictionaries, but…

The verb burst is usually uninflected in the past tense and as a past participle Bursted is an old form that still appears colloquially, but it is widely considered incorrect and is best avoided in formal writing. It always bears replacement with the uninflected burst.

Though considered incorrect, bursted has a long history. The Oxford English Dictionary has examples from as long ago as the early 16th century,1 and a historical ngram graphing the use of bursted over the centuries shows that it has never been absent from the language in modern use.2 It is only due to convention (and consensus among usage authorities) that the word is now considered incorrect. And while the form is rare in edited writing from this century, it is fairly common in informal writing.

Congrats to Antonio who had his question answered in this week’s episode! He will be getting a free personalized picture.

Remember to go get YOUR question submitted to be answered in one of my upcumming episodes right here (then YOU could be featured next time and get your own personalized picture too):

The post How Do Women Really Feel About Male Virgins? – Ep18 appeared first on LeluLove - Internet's Most Interactive Sex Star.