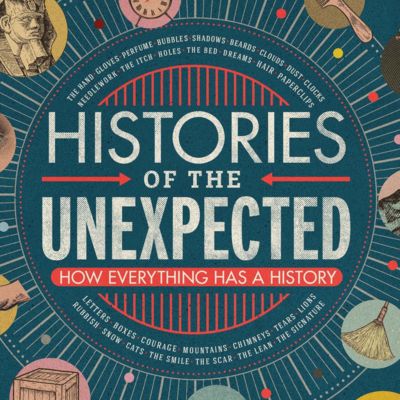 Histories of the Unexpected

It can only be the Unexpected History of Christmas!

Let us once again join the Santa of Historical Skepticism, Professor James Daybell and the Charles Dickens of Christmas Past, Dr Sam Willis as they untangle the tinsel and unravel the lights to reveal the unexpected history of Christmas. Upon Santa’s sleigh, they will dash from medieval carousing to a Dickensian Christmas, and from racing crabs on Christmas Island in the 1950s to the Puritans and Christmas riots in Canterbury, 1647.

Like Christmas Elves they’ll assemble the links between rituals and traditions, Minst pies (not a typo) and celebrations, international date lines and land shy ravens. Listen out as James plays ‘guess the day an island was discovered,’ and Sam suggests one way to get two Christmases in one day. Oh, and whoever wrote the song about the three kings following the star, well they may need to rewrite, although it may not have quite the same rhyming style! “God bless us, everyone!” (Charles Dickens, A Christmas Carol, 1843)

“Good tidings we bring for you and your kin

We wish you a merry Christmas

And a happy New Year”