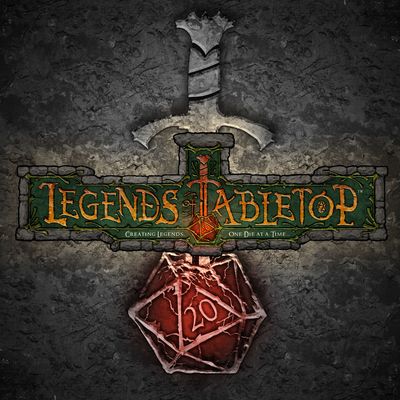 We are a website dedicated to gaming across all forums with a focus on tabletop.

Filippo "The Great" Pacini - Shawn Manny Velazquez - Jesse Javier Castilllo - John GM – Tod Javier transforms into a raven and flies over to scout out the F13 HQ. Javier hops around on the roof, looking down through the sunroof sections until he spots Tio Martin. Casper is standing over him and it seems he's losing patience with Martin who looks sad. There are F13 members outside the warehouse, and Javier flies down near two of them, listening to their conversation. They're laughing about how irate Casper is becoming with the old man inside, though he can't treat him too badly, since Martin is the one making the Little Smoke. At that moment Javier's magical spell expires, and he turns back into human form, tumbling down off the fence outside the complex. He takes off running. Manny attempts to contact the spirit of his mother to ask what to do about his brother. He grasps his Santa Muerte medallion and begins his ritual. His mother appears and Manny asks if Alex is worth saving. His mother's eyes speak volumes, "This is Alex's decision to make," the eyes say. "If you were to force him he would only resent you. It’s a decision he must come to himself." Manny knows it's true. The vision ends, and there is an old gentleman standing where Manny's mother was. "That's a rare talent, most people cannot call the spirit they wish to see; they get the spirit they deserve. Have you ever considered entering the other side yourself?” Manny laughs it off. "Sorry man, that's shaman stuff.""Do you think you were given that talent for no good reason?" he asks. I could feel the spell that you worked. That power comes from within. You are not a man, you are a Warrior.” "I'm no warrior," says Manny. “My name is Miguel, and we will meet again. I live, out there." He gestures toward the foothills. "You will find me, when it is important. "Manny looks in that direction, when he turns back, Miguel is gone. He chalks it up as a random spirit, but deep down Manny knows that was no spirit, that was a mighty brujo. With reports of dead gangsters popping up all over town, Fillipo decides to set up a personal audience with Cisco. He has been granted 30 minutes of the cartel boss's time. Cisco explains that he's decided to set up a new operation here. The problem is that he is not yet familiar with all the players in Entrelugares and wishes to know everything about everyone: especially who runs what drugs. Filippo agrees to be a "consultant." Cisco has tried speaking with Casper directly, but says the gang leader keeps dodging him and telling him lies, claiming to have no activities related to drugs at all. Cisco decided a message had to be sent: that is why F13 members have been turning up dead. "But tell me this," he continues, "Who produces those cigarettes they call 'the Little Smoke?” Filippo says his sources point to a local shaman. When pressed, he reveals that he knows who the source is, adding that this person doesn't really want to be doing it, but is being made to do it against their will. "If you were to take over Casper's operation," asks Filippo, "Would you continue with the services of this chaman?" Filippo notices that Cisco has a very strong reaction to the word "chaman." An expression crosses his face, something like anger and regret, something sad. Cisco orders everyone out of the hangar. Once alone he opens up a special case to reveal a small shrine to a beautiful woman, her photograph framed by flowers and adornments. He lights some candles and kneels, crying. "I love you, my beautiful Maria. I swear to you - and I promise that I am getting closer every day - I will take the life of that chaman who let you die." https://www.drivethrurpg.com/product/196002/Other-Borders--Standalone-Edition https://www.birdscoffeecompany.com/coffees/legends-of-tabletop-legendary-brew Use Code Legends10 to get 10% off your order Theme music created by Brett Miller http://www.brettmillermusic.net/