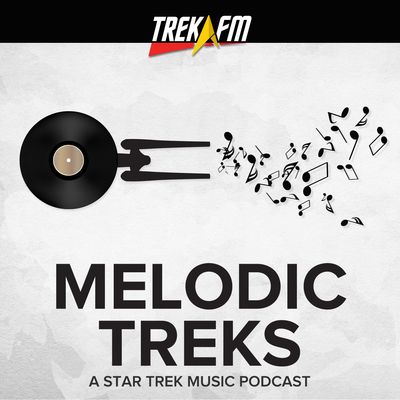 Melodic Treks is a Trek.fm podcast dedicated entirely to the music of Star Trek. Host Brandon-Shea Mutala explores the themes, orchestral scores, and incidental compositions that bring Star Trek episodes and films to life, as well as the composers, singers and musicians behind the sounds.

episode 105: There is No Comparison

After its cancellation in 1969, Star Trek fans didn't have many options for new adventures of Captain Kirk and the Enterprise aside from a few comics and novels, and a short lived Saturday morning animated series. Even with very limited new material, television reruns fanned the flames of fandom. Star Trek conventions began to pop up, and one burning question that every fan asked was whether or not their show would return to television. Attributed by many to the success of Star Wars, Paramount shelved the plans of a new series in favor of a big screen voyage. Over the years, the first movie of the franchise has been very divisive among fans. While there are many people who pan the film, there are just as many loyal lovers who continue to champion the originality of the movie. Now, with the 40th anniversary upon us, Star Trek: The Motion Picture is having a renaissance with many people giving it a new look with a fresh perspective.

In this episode of Melodic Treks, host Brandon-Shea Mutala is joined by Neil Shurley to discuss the score to the first Star Trek film. In addition to the main bookend hosts, we have 13 additional guests comment on the music and the film itself. We discuss our impressions on the film and how our opinions have changed, our thoughts on Goldsmith, and the place of The Motion Picture in the current Star Trek landscape.