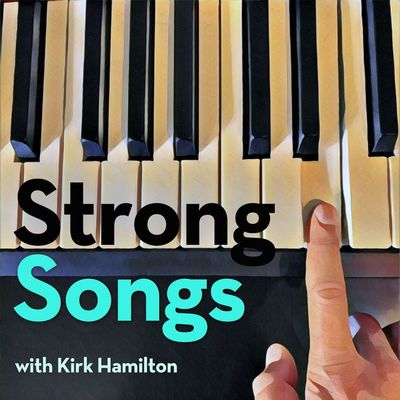 Music: it's good. On each episode of Strong Songs, host Kirk Hamilton takes listeners inside a piece of music, breaking it down and figuring out what makes it work.

Strong Songs is one year old! In honor of that anniversary, Kirk takes a look back on the year that was, sharing musical highlights from each of the show's 20 single-song episodes.

SCHEDULING NOTE: Strong Songs will be off in December, and will return for Year Two on January 8, 2020. If you're a patron over on Patreon, that means you won't be charged for the month of December.

That also makes December a great month catch up on episodes you may have missed, share the show with your friends, listen to Year One playlists, and enjoy a hopefully very musical holiday season.

You can find new playlists with these 20 songs on Apple Music: https://music.apple.com/us/playlist/strong-songs-year-1/pl.u-V9D7gaGiJ7o0a

OUTRO SOLOIST: All Of Them!

In addition to the year-one playlists above, you can find bigger playlists containing every Strong Song as well as all of Kirk's weekly music picks from his other podcast, Kotaku Splitscreen, on both Spotify and Apple Music.

The biggest of all thank-yous to all of Strong Songs's Patreon backers. Hundreds of people have supported the show since the Patreon launched over the summer, and you've made it possible for Strong Songs to be what it is. For Year Two, we're adding a smaller "Eighth-Note" tier for those of you who just want to kick in a little bit, since a few folks have asked for that.

Thanks everyone for listening - see you in 2020!