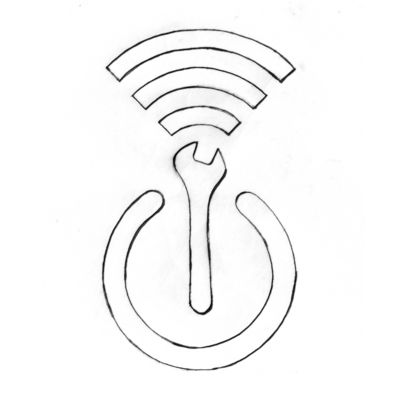 A bi-weekly talk show by The Restart Project, plus a monthly documentary series produced by brilliant podcaster Dave Pickering, based on fixing triumphs, heartbreaks and wisdom shared at our community repair events – called Restart Parties – here in London. We go into real depth about good and bad design, obstacles to repair of electronics, emotional aspects of ownership, environmentally irresponsible business models, and the “end of life” of our gadgets. This podcast is for you if you'd like to fix your relationship with electronics. Let’s rethink, restart.

Restart Radio: The urgent need for diversity in tech, and how repair can help

News of Henrik Huseby’s verdict hit us, at the Restart Project, hard at the beginning of June. As such, we discuss the ways that intellectual property law restricts repair and hurts repairers like Huseby. Our main topic is a more positive story as we share a speech from Josh Babarinde of Cracked It, who is making repair more accessible as a career for ex-offenders and at-risk youth. He also highlights the ever-pressing issue of a lack of diversity in the tech industry, and its dangerous, real-world consequences.

Huseby is a repairer from Norway who makes his living by running a small repair business. In 2017, screens he says were refurbished in China were seized by Norwegian customs and he has since been fighting against a claim of ‘counterfeit’ from Apple. Last week the Supreme Court of Norway ruled in favour of Apple. Janet and Ugo discuss the verdict and its implications in terms of sustainability and the survival of independent repairers.

Finding a future in repair

While disappointed that we cannot hold Fixfest UK in Glasgow as planned, we were excited to kick off the 2020 series with our first online event. For a little optimism, we look to someone who has been aiding young people in kickstarting their careers via repair. We invited Josh Babarinde, founder and CEO of Cracked It, as our keynote speaker and decided to share his speech on this episode as it has become relevant now more than ever.

Cracked It works with young ex-offenders in London to get them into work. Cracked It trains their young employees to fix iPhones to a professional standard and then linking them with clients. Ultimately, their goal is to equip at-risk youth with the skills and support that they need to leave or prevent a life of crime. He says Cracked It works with

individuals that before coming to us had many, many doors slammed in their faces. Who wouldn’t be touched with a barge pole because of their pasts… And what we’re able to do through repair which is a blind process — in the sense that it does not discriminate, it only discriminates against incompetence of repair, it doesn’t discriminate against what your past might be — we’ve been able to use it to empower, to up-skill young people, develop repair skills and employability skills more generally to assist them in their transition into employment.

A dangerous lack of diversity

Babarinde also brought to light the essential issue of inclusivity and diversity in the tech sector. At The Restart Project, the question of how we can ensure our repair community reflects the wider society has been key. The omission of black and ethnic minority life experiences in tech can have life-changing and life-threatening consequences. Linking the Black Lives Matter agenda to tech, Babarinde uses key examples to illustrate the inability of facial recognition technology to recognise darker skin tones – a result of the lack of diversity in the teams involved in development of this tech. The implications are frightening. Yet Babarinde challenges us to understand community electronics repair as a unique opportunity to create more opportunities in tech.

The post Restart Radio: The urgent need for diversity in tech, and how repair can help appeared first on The Restart Project.