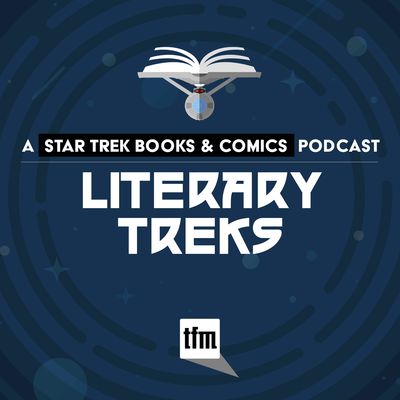 When the extraction of undercover agents from the Klingon Empire goes disastrously wrong, it’s up to Captain Kirk and the crew of the Enterprise to come to the rescue. The U.S.S. Endeavour, crashed on the surface of an asteroid, must hold out against Klingon reprisal and Orion attacks long enough to ensure they deliver their valuable passengers safely back to Federation space.

In this episode of Literary Treks, hosts Bruce Gibson and Dan Gunther are joined once again by author Dayton Ward to discuss his newest Original Series novel, Agents of Influence. We talk about the undercover agents at the center of this story, the U.S.S. Endeavour and her crew, the Klingon/Orion alliance, an unorthodox “ground assault” on a starship, Klingons and Humans coming to an understanding, a spy among Starfleet’s ranks, and wrap up with what Dayton is working on now and where he can be found online.

At the top of the show, Bruce and Dan talk about their decision to move on from Literary Treks and where they will be continuing the Star Trek book and comics discussion in the future. We also respond to listener feedback from The Babel Conference for the previous episode, Literary Treks 305: The Nacene Scenes.