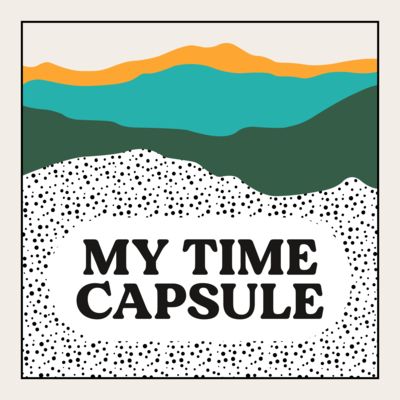 A podcast that asks guests, such as Stephen Fry, David Mitchell, Caroline Quentin, Ross Noble, Lee Mack, Arabella Weir & Rob Brydon, for five things which they’d like to put in a Time Capsule. They can choose anything from an item, to a memory, a film or even a country. Four of them are things they want to preserve but one has to be something they’re happy to lock away and never have to think about again. Hosted by Michael Fenton Stevens. @fentonstevens @MyTCpod See acast.com/privacy for privacy and opt-out information.

Best known for presenting Blue Peter but also an actor and best selling novelist, Janet Ellis MBE, is guest number 19 on My Time Capsule. She chats to Michael Fenton Stevens about the five things she'd like to put in a time capsule; four she’d like to preserve and one she’d like to bury and never have to think about again .

Produced and edited by John Fenton-Stevens for Cast Off Productions .

Music by Pass The Peas Music .

This podcast is proud to be associated with the charity Viva! Providing theatrical opportunities for hundreds of young people.