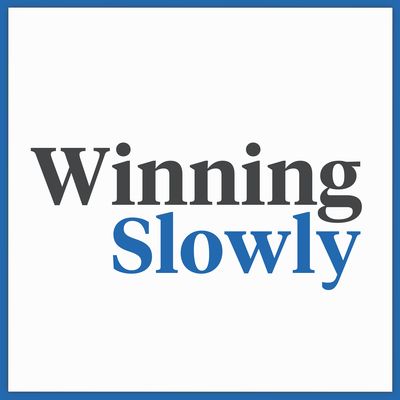 There are plenty of podcasts that will tell you how the latest tech gadget or “innovation” will affect the tech landscape tomorrow, but there aren’t that many concerned with the potential impact of that tech in a decade—much less a century. In a culture obsessed with now, how can we make choices with a view for tomorrow, next year, and beyond? 25–35-minute episodes released the first and third Wednesdays of the month.

episode 13: 8.13: Dark Matters: On the Surveillance of Blackness—Examined

Discussing Simone Browne’s epistemology, ideas, and arguments: what persuaded us, and what didn’t?

The two main subjects we mentioned on the show as relevant were critical theory (and specifically critical race theory) and surveillance studies. Notably, while Browne describes herself as a black feminist and makes reference to the adjacent idea of intersectionality, she never explicitly refers to critical (race) theory. We applied the term to her work based on the historical and interpretive methods she used.

Reminder: as noted in 8.12, Stephen was definitely recording from a closet and some of his level drops are a result of (potentially) getting hit in the face with a sweater:

(Last episode we said we had a plan for the year and then it changed, so we’ll just keep going two books at a time!)

Many thanks to the people who help us make this show possible by their financial support! This month’s sponsors:

If you’d like to support the show, you can make a pledge at Patreon or give directly via Square Cash.

We love to hear your thoughts. Shoot us an email, or hit us up on Twitter or Facebook!