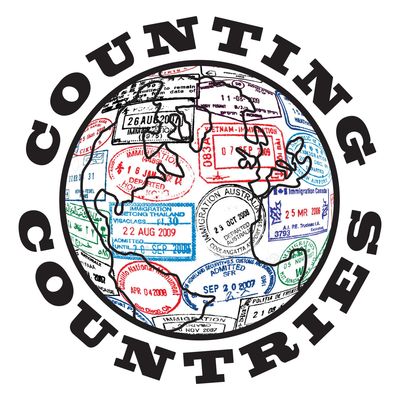 Francis popped up on my radar about a year ago, when former guest Fabio Cao brought him to my attention.  I hit google up and quickly realized Francis was an accomplished traveler, including a five year continuous journey across every country in Africa.  He seemed like a great fit for Counting Countries, but I neglected to reach out.  Then a recent email from listener, Francois Xavier, suggested that I have Francis on the podcast.  This email served as a catalyst for me to finally reach out to Francis and we promptly agreed upon a time to speak.  And I was really happy I did.

We recorded this episode back in February and obviously so much has changed since then.  I have been self-sheltering in Bangkok since my trip to West Africa was prematurely canceled on March 17.  I am recording this opening bumper on May 3 and things in Bangkok will be slowly opening up this week.  I hope everyone who is listening is safe and sound.

Support your content creators during this time of self-sheltering. Support Counting Countries on patreon.com.  And thanks to my other patrons, Steph Rowe, Ted Nims, Bisa Myles, Ryan Gazder, Stephen Rothwell, and Adam Hickman. My conversation with Francis is a long and rich one, but you will not be able to listen to the entire talk.  My patrons will hear 30 more additional minutes of our conversation.

Untamed Borders our sponsor, regularly guides systematic travelers who are completing lists whether it is chasing 193, TCC, MTP or Nomad Mania.  So when travel situation improves please consider this great company.

The TCC has recently expanded their list to include South Ossetia where Untamed Borders has been guiding fans of unrecognized countries since 2014.

Nomad Mania recently added the state of Jubbaland, an autonomous region in Somalia as a new region. Untamed Borders can take you to Kismayo, the capital of Jubbaland. This is in addition to their trips to Somaliland, Puntland and Mogadishu. And don’t forget for runners, Untamed Borders is also partnered with the Mogadishu and Somaliland Marathons.

Finally, recent security improvements mean Untamed Borders can now guide you to Azad Jammu and Kashmir (AJK) in Pakistan, Kandahar in Afghanistan and the Hadramout region of Yemen. These are all regions on the Nomad Mania and MTP lists that have been tricky for travellers to reach in the past.

Francis veered left at the fork on the road.  Going left was a life of freedom, independence, and passion.  Going right, meant continuing down the path of the startup Silicon Valley rat race with his Harvard MBA.  Francis has trekked the Appalachian trail, the Continental Divide, and the El Camino.  He spent months exploring Eastern Europe.  And really spread his wings as he drove overland in Africa for five years.  Besides chasing 193, he is even chasing a more exclusive lis, which you will hear about.

I encourage you to subscribe wherever you listen, Apple Podcast, Google Play, or Spotify and write a review, even better when it is 5 stars.

Francis and I met up online, with Francis in San Francisco while I was in the Bangkok studio of Counting Countries. Please listen in and enjoy.

And now you can listen to Counting Countries on Spotify! And Alexa!

Check out our friend: Large Minority.  They organize international rallies around the world including: Sri Lanka, Cambodia, the Philippines and the Amazon.  And watch my full length documentary in Cambodia when I traveled with Large Minority.

Ric is also on his own quest to visit every country in the world. You can see where he has traveled so far and keep up with his journey at GlobalGaz.com

Well… that depends on who you ask!

Disclaimer: I will earn a fee if you order from Amazon/Agoda. Or book a trip through G Adventures.  PS  Thanks!