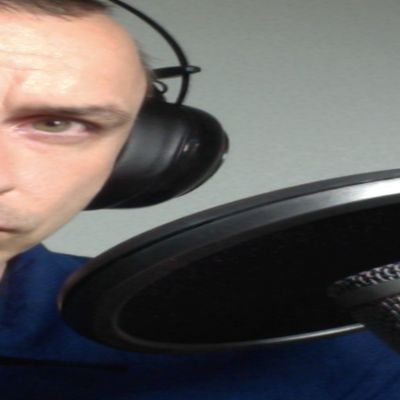 Working is inherently good. Most people have worked or will work for a period of time in life. My passion is derived by the talents, skills, desires, and motivations of people like you. You are the one who helps us all. From the family unit or in the skyline of universal connections, we all have a valuable part to play and our work is a direct contributor to this connection. I believe that we are not only connected through our work, but we are encouraged, reminded, led, and mentored by one another, based on life and work experiences. I do not believe that we can do it alone, no matter the job, because we require human interaction, through any means necessary, and this podcast will be here for you. You are the most valuable asset to @WhyWeWork, because I want to talk to you about why you do what you do or what you would like to do, in terms of work. And others, like you, want to hear about what gets you up each day and what drives you to keep keeping on, even during the hard times...

Richmond Punch is a violin virtuoso who delivers a riveting, dynamic, explosive, and powerful performance! A native of Dallas, Texas, Richmond graduated from the top-rated Arts Magnet Booker T. Washington High School for the Performing and Visual Arts. He honed his craft and earned a Bachelor of Music degree from the famous Juilliard School of Music in New York and received a Master of Music degree from the prestigious Yale University. He specializes in live jazz violin music for all types of special events including corporate, concerts, festivals, weddings and worship. As an accomplished musician, Richmond has produced 4 CDs in various genres that include Classical, Hip Hop Jazz and Gospel. The titles of his four CDs, which are available online everywhere are “Gospel Covers”, Finally”, ‘Back That Violin Up” and “Hymns for Botham”. Throughout his career, Punch has traveled the world dazzling audiences as large as 15,000 from Mexico to Cuba and stateside from Atlanta to Anchorage and everywhere in between. Richmond is a featured entertainer for the Disney Cruise Line Entertainer, Dallas Cowboys Club and Dallas Love Field Airport. He is also a feature on Amazon Prime’s “The Focus.” Richmond has opened for Idina Menzel from Disney’s Frozen and has entertained Hollywood Royalty and other celebrities that include Viola Davis, Danny Glover, Steven Forbes, Daymond “Sharktank” John, Omari Hardwick, Letoya Luckett, Morris Chestnut, Jewel, Bishop T. D. Jakes, Ross Perot, Kirk Franklin, Kirk Whalum, Nolan Ryan, Emmitt Smith, and Gary Payton just to name a few. He has also played backup for Kenny G and Diana Ross.

For more than 20 years now, Richmond has given much of his time to support non-profit organizations. In addition to sharing his musical talent, he has worked with mentoring programs that include Big Brothers Big Sisters as a mentor and speaker. As well, he has worked with various school districts, HBCUs and other colleges and universities across the country. Richmond currently resides in the Atlanta area.