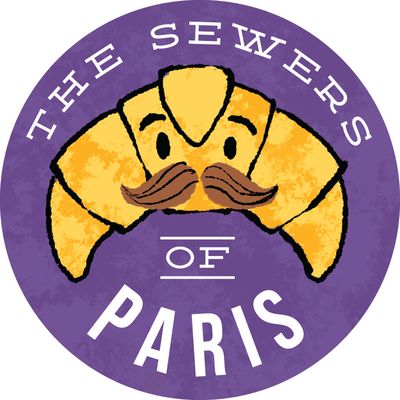 My guest this week is the drag artist known as Deere. You may know her from her livestreams on Twitch, where she plays primarily horror games. She’s also the founder of Stream Queens, a collective of drag artists, makeup monsters, and creatures who adopt amazing costumes and personas to livestream games. Off-camera, Deere’s a quiet introverted artist who never expected her drag alter ego to take on a life and career of her own.

We’ll have that in a minute. First, a reminder that The Sewers of Paris is on Twitter and Facebook, where I post clips of the stuff that we talk about on each episode.

And I hope you’ll join me for our next fun friendly livestream on October 10 at 11am Pacific. It’s a nice relaxing time to just hang out and chat. There’s a link at the top of the Sewers of Paris twitter feed.

And don’t forget to check out my other shows! Culture Cruise on YouTube is a deep dive into queer entertainment milestones — I just posted a video about the 90s show Dinosaurs, and its unlikely link to a real-life gay Transylvanian dinosaur hunter from the 1800s. And check out Queens of Adventure and Queens of Adventure: Legends, two narrative comedy shows with drag heroes going on adventures in a world of fantasy.

More links to check out: Arson Nicki is a meticulous gamer who loves to chat while streaming makeup transformations, life simulators, and the occasional RPG or party game. You can find her at twitch.tv/arsonnicki. Fraya Love is an artist who streams makeup and exploration games like Breath of the Wild, at twitch.tv/fraya_love. And Londyn Bradshaw is a chaotic queen whose streams are never not surprising. She’s at twitch.tv/londynbradshaw.

And here's the moderator video that Deere talked about: https://twitch.tv/videos/507819705