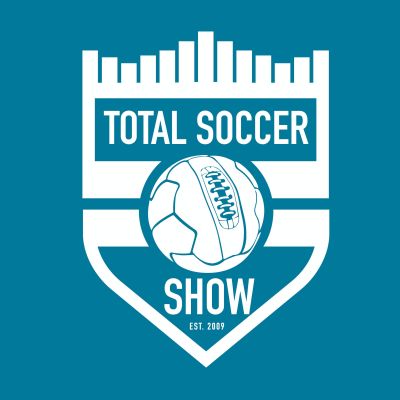 Long-running American soccer show covering the USMNT, Premier League, Champions League, MLS, and more. If you enjoy analysis and silliness in equal measure, we're the podcast for you.

0.00 - Marine vs. Tottenham: The Magic of the FA Cup was lightly sprinkled on Merseyside as eighth-tier Marine hosted Jose Mourinho’s Spurs. It was as uncompetitive as you’d imagine, but the event had plenty of highlights and quirks.

21.13 - RB Leipzig vs. Dortmund: The East Germans passed up on their chance to leapfrog Bayern Munich with a home loss to BVB. Once again, Erling Haaland was the star of the show.

43.38 - Ajax vs. PSV: In what may have been the most entertaining match of the weekend, the honors were split evenly between the Netherlands’ two biggest sides. And the show was nearly stolen by a West Ham flop!

54.25 - Roma vs. Inter Milan: The Giallorossi earned a point with a late equalizer, as Antonio Conte appeared to drop the ball with his substitutions.

Wealthfront! Visit wealthfront.com/TSS to get your first $5,000 managed for free, for life!

Quantic! Learn alongside students & alumni from around the world who match your potential. Learn more at Quantic.edu/theathletic!

Blue Nile! Thinking of popping the question? Take a look at an incredible, limited-edition collection of diamond engagement rings at BlueNile.com!

Magic Spoon! Head to MagicSpoon.com/TSS and use the code ‘TSS’ for free shipping and $5 off your first order!

Four Sigmatic! Save up to 40% and get free shipping at FourSigmatic.com/tss!