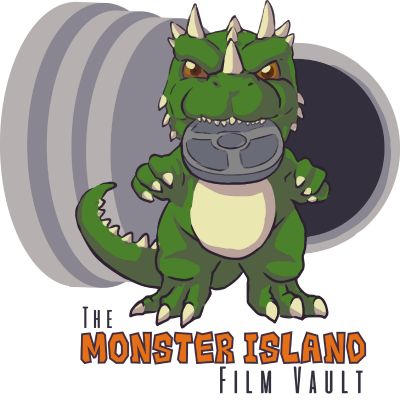 A podcast seeking entertainment and enlightenment through tokusatsu. Origin Story: After vacationing on the Monsterland Resort, professional writer/raging nerd Nathan Marchand got a job as the curator of the Vault containing the films about Monster Island’s many kaiju residents. Now he and his intrepid producer, Jimmy From NASA (who miraculous survived the infamous War in Space), record a bi-weekly podcast critically and academically examining each of the films in the prestigious Vault with one to four guest hosts chosen from Monster Island’s many tourists. Philosophy: Kaiju and/or tokusatsu fans will tell you these genres are undeniably fun. What’s often missed, though, are the deeper meanings below the sensational surface. Meanings entrenched in the story’s original historical and cultural context. That’s why this podcast believes in film appreciation. What’s that? It’s studying a movie’s script, direction, cinematography, and other aspects of filmmaking. It’s learning how and why it was created since movies aren’t made in a vacuum. This is especially true with foreign films. Non-native audiences are separated by both time and culture with them...

Much to Nate’s chagrin, the Board-mandated “Year of Gamera” begins with the “freakishly mediocre” 1965 movie Gamera the Giant Monsters (or Daikaiju Gamera). So saddened by this is Nate that he visits the Monster Island Chapel and speaks with Rev. Mifune, the Island’s chaplain. The reverend suggests watching the Mystery Science Theater 3000 episodes that featured Gamera films so Nate could at least get a good laugh watching them. But when Nate meets up with his friends, first season two Tourists Nick Hayden and Timothy Deal of the Derailed Trains of Thought podcast, they receive a voicemail from the Board’s executive assistant, Ms. Perkins, saying the Tourists can watch the MST3K episodes but Nate must watch the original Japanese cuts so they can compare notes. Talk about a buzzkill! The first Toku Topic of 2021 is energy consumption in Japan because Nate read an essay that argues Gamera represents that in this movie.

Sound FX sourced from Freesound.org, including “Running Loud” by dersuperanton.

The episode thumbnail was created by Michael Hamilton.

We’d like to give a shout-out to our MIFV MAX patrons Travis Alexander and Michael Hamilton (co-hosts of Kaiju Weekly); Danny DiManna (author/creator of the Godzilla Novelization Project); Eli Harris (elizilla13); Chris Cooke (host of One Cross Radio), and Bex from Redeemed Otaku! Thanks for your support!

You, too, can join MIFV MAX on Patreon to get this and other perks starting at only $3 a month!

This episode is approved by the Monster Island Board of Directors.