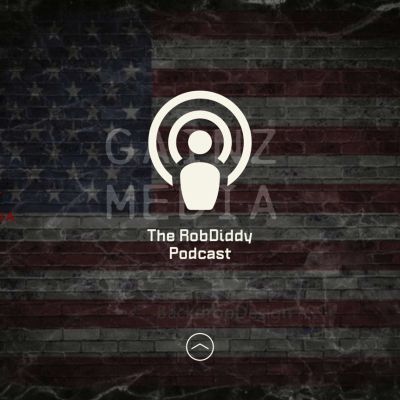 Robert Banker and guest talk about topics that effect the middle aged American, like what the hell is going on? Topics include news, product reviews, sports and random thoughts. Current news and topics that focuses on unity and knowledge. Also motivation and fitness advice from a Personal Trainer with a Degree in Exercise Science. A breakdown of current events from both perspectives in order to gain an understanding in the middle and hear both sides of the story. Along with lifestyle and motivational information designed to help middle aged Americans understand the ever changing country. Exercise resources provided for people with osteogenesis imperfecta and giving my motivational story to them. Discussion on current events from both a republican and moderate view point. Technology reviews and advice on how to make content online and get noticed.

episode 33: Mask Mandates Ending... Breakdown of Who's Better at Life Ben Affleck or A Rod.. JLO CHEATED ON AROD????

Mask Mandates end across many states and local businesses as Fauci ends his game of Simon Says. Tony Fauci doesn't sleep he patiently waits for cold season to issue his next regulations.

Per The Detroit Free Press...

The move comes just days after the Centers for Disease Control and Prevention and state health experts lifted mask restrictions in many public settings for people who have been vaccinated.

The sentiment around metro Detroit grocery stores is that no one wants to be the mask police asking customers whether they are vaccinated or not.

When she's not working out in the gym or spending quality time with her "coconuts," we all know J.Lo is working. And right now, her focus is on music. Taking to Instagram Friday night, the 51-year-old pop icon shared a snap of her in the recording studio. "Sexy summer fun coming," she captioned the shot, adding a music note emoji and a heart emoji.

We're told he's "angry and embarrassed" about how fast J.Lo moved on from the breakup to be with another one of her ex-fiancés, Ben Affleck, and A-Rod believes two can play the game.

A source just told pop culture site Deuxmoi to "expect a potential leak to the press from his camp in the next week."

As Radar previously reported, J.Lo and A-Rod are no longer in communication after "Bennifer" jetted off to Montana for a romantic vacation.

"There has been a few angry emails and texts, but Jen and Alex haven't spoken in a week or so," our source told us at the time, adding, "Despite telling him that nothing happened with Ben while Jen was still engaged to him, something is fishy."

Meanwhile A Rod is buying the Timberwolves