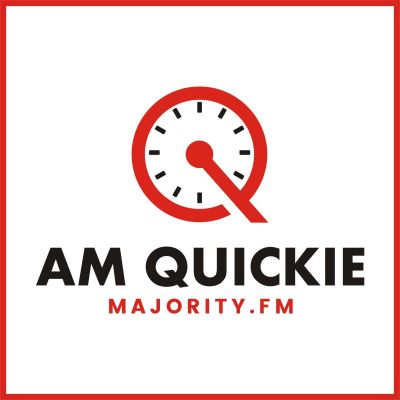 The political stories and election updates you need to know to start your day- all in five minutes or less. Co Hosted by Sam Seder and Lucie Steiner. Powered by Majority.FM

Welcome to Majority.FM's AM QUICKIE! Brought to you by justcoffee.coop

Child labor is on the rise, and the pandemic is making it worse. A new report by the United Nations puts numbers on a problem that is pervasive, yet hidden to many Americans.

Meanwhile, California’s Democratic leadership gears up for a major courtroom fight over gun control. And Gavin Newsom has nothing at all nice to say about the federal judge who struck down the state’s assault weapons ban.

And lastly, new opinion polling reveals that the world feels way better about the United States now that Donald Trump is no longer in the picture. Can Joe Biden leverage these warm fuzzies for diplomatic advantage on his big international trip?

THESE ARE THE STORIES YOU NEED TO KNOW:

This concerning update on one of the most shameful practices in global capitalism comes from CBS News. The world has marked the first rise in child labor in two decades, the United Nations said yesterday. And the coronavirus crisis threatens to push millions more youngsters into the same fate. In a joint report, the UN’s International Labor Organization and the UN children’s agency UNICEF said there were one hundred and sixty million children laborers at the start of 2020 – an increase of eight point four million in four years. The rise began before the pandemic hit. It marks a dramatic reversal of a trend that had seen child labor numbers shrink by ninety four million between 2000 and 2016, the report said. Children and teens between five and seventeen years old who are forced out of school and into working are considered child laborers.

CBS reports that just as the Covid-19 crisis was beginning to pick up steam, nearly one in ten children globally were stuck in child labor, with sub-Saharan Africa affected most. Even in regions where there has been some headway since 2016, such as Asia and the Pacific, and Latin America and the Caribbean, Covid-19 is endangering that progress, the report said. The agencies warned that unless urgent action is taken to help ballooning numbers of families falling into poverty, nearly fifty million more kids could be forced into child labor over the next two years. Sometimes it feels like we’re racing back to the nineteenth century.

This report on the struggle for safety from gun violence comes from the Los Angeles Times. California Attorney General Rob Bonta yesterday filed an appeal to a federal court decision that overturned the state’s ban on assault weapons, arguing that the law is needed to protect the safety of Californians. The appeal seeks to reverse last Friday’s decision by US District Judge Roger Benitez, who said the state’s three-decade ban on assault weapons is an unconstitutional infringement on the rights of California gun owners. Newsom, who was elected on a platform that included expanding gun control laws, said, "California’s assault weapons ban has saved lives, and we refuse to let these weapons of war back onto our streets." Newsom criticized Benitez, calling his decision shameful. He said Benitez was a stone-cold ideologue and "a wholly owned subsidiary of the gun lobby."

The Times says the case has implications for gun laws beyond California. Six other states and the District of Columbia followed California in adopting their own assault weapons bans, and Congress enacted a ban in 1994, although it expired ten years later. Though other courts have upheld assault weapon bans, supporters of the gun law worry Benitez’s decision is part of a strategy by the gun lobby to get cases to the US Supreme Court, where appointments by Donald Trump are seen as more sympathetic to Second Amendment arguments. In the meantime, there was another deadly shooting yesterday – three dead in a Florida Publix.

US Image Rebounds Under Biden

This check-up on the national image comes from the Washington Post. President Joe Biden has promised the world that America is back. As he takes his first trip abroad as president, a Pew Research Center global survey released yesterday shows that many believe it. Trust in the US president fell to historic lows in most countries surveyed during Donald Trump’s presidency. Under Biden, it has soared. In the twelve countries surveyed both this year and last, a median of seventy five percent of respondents expressed confidence in Biden to do the right thing regarding world affairs. That’s compared with seventeen percent for Trump last year. Sixty-two percent of respondents now have a favorable view of the United States, versus thirty four percent at the end of Trump’s presidency.

The Post notes that the findings come a day after Biden touched down in England on the first leg of a trip through Europe. On his agenda: a meeting of the Group of Seven nations in Cornwall, a NATO summit in Brussels, and meetings with British Prime Minister Boris Johnson, Turkish President Recep Tayyip Erdogan and Russian President Vladimir Putin. The Pew findings suggest that he will encounter leaders whose publics are confident in his leadership. But skepticism about the United States’ dependability remains. Among the sixteen publics Pew surveyed in 2021, the proportion of respondents who said the US is very reliable was below twenty percent in every place. Good vibes are always contingent on the outcome of the next elections.

AND NOW FOR SOME QUICKER QUICKIES:

German state broadcaster Deutsche Welle reports that police in Frankfurt have decided to disband the city's Special Task Force, or SEK, following the discovery of far-right extremist messages in group chats. Seventeen officers were suspected of spreading hatred-inciting texts and symbols of former Nazi organizations. Hey, maybe they can find jobs in America?

The New York Times reports that famine has afflicted at least three hundred and fifty thousand people in northern Ethiopia’s conflict-ravaged Tigray region. It is a starvation calamity bigger at the moment than anywhere else in the world, the UN and international aid groups said yesterday. And it’s not at all clear whether help is on the way.

CNN reports that the Senate yesterday voted to confirm Zahid Quraishi to be a US District Judge for the District of New Jersey, making him the first Muslim American federal judge in US history. Prior to his confirmation, Quraishi has been serving as a United States magistrate judge in New Jersey. How telling that it took this long to mark such a first.

The Washington Post reports that the Labor Department released a workplace safety standard for risks posed by the coronavirus yesterday after more than a year of debate. The emergency temporary standard will apply only to health-care facilities – a much narrower purview than many advocates, labor unions and Democrats had pushed for. This is a bust for the Biden administration. Every worker deserves protection.