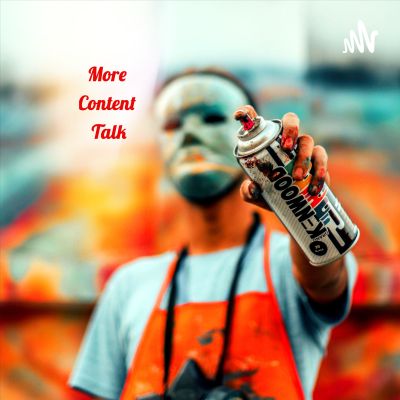 At times we are hilarious. Sometimes we are outlandish, others provocative, but always informative. More Content Talk dares to peel back the veneer of proper manners, and bring the news to you straight, no chaser, In order to do that we have to call things how we see it. The world unfolds very much like a true crime saga. Whether you are reading about the abuse of power of current leaders, the intrigue of European monarchs or the religious conquests of Ancient Rome, there is no escaping it: we are surrounded by criminality. We bring you the crime sagas of history that most have merely skimmed. Support this podcast: https://anchor.fm/morecontentplease/support

episode 111: How Families Teach Their Children to Hate

It's Father's Day, and I personally was just fine with my son and my absolutely beautiful partner of over ten years now doing, well, nothing, not for me anyway. I used to take offense at this, as if it were somehow sacrilege to not acknowledge the holiday; it once caused me to fantasize about how all fathers were underappreciated. But that was not the full story, only a brief delusion. There is no anti-male conspiracy that so many paranoid, undersexed men seem to imagine today. The various insecurities that men feel are not, in any way, directly related to feminism or body positivity or pro choice movements or any other female centered movements for that matter. The negative reaction to such movements is only the manifestation of years of low self esteem, but feeling as if women hate all men is not the same as being able to actually prove it. Many people have deluded themselves into believing that we are somehow at war, the male and the female, as if we belong to a separate species and are in the midst of fighting for dominance of a particular territory. But what are we trying to dominate exactly? What do we hope to accomplish by continuing this fight. It is hard to say. No one really seems to know where such rhetoric leads, apart from fearmongers, who simply wish to create chaos and, in some ways, that is indeed the point. But this is an article about Father's Day, a day I spent with my Dad pretty much every year he was alive. I still remember running off to buy him something with my Mother every June, often times hunting through the Hallmark store down the street, looking for something at the last minute, as was often the case. It was a small store with cards and miniature statues everywhere, the kind of place people go to buy things too useless to be practical, yet too nice to be immediately cast off for its uselessness. Then, of course, I would buy him something for golf because he loved everything about golf. I will never know why he loved that sport; it seemed to make him so angry, especially when he was not on his game. He would become so frustrated all the time. I really do not understand how that was fun for him, even to this day. But I loved to play golf with my Dad; I loved that I was really the only one that would spend time with him, especially when my Mom had finally had enough and filed for divorce. I remember thinking to myself, "No big deal. He had it coming. If he had only tried a little harder, stopped drinking a little sooner, put down the cigarettes a few year earlier, earned a bit more money, cooked a few more meals, fixed a few more things, enjoyed life more, then maybe, maybe it did not have to end that way. Maybe they could have stayed together." I now realize how silly those thoughts were. At a certain point, no matter what you do, it is too late to make amends. Literally all you could do is die at that point, that is likely the only thing left that will evoke even a bit of sympathy from a scorned lover, a person who was devoted to a relationship while the other, my Father, was busy drowning his sorrows in television or gambling or drinking or smoking or...golf. Yeah, the last one does not really seem to fit. But I have forgiven my Father's transgressions on this Father's day because I see the hatred for Fathers, especially black Fathers, in the eyes of members of all political parties, a kind of hatred of the position in general. This feeling is not completely unfounded. People who leave their children are despicable and Fathers are in the majority there. And I am sure, if we sat around here researching it, we could gather so much data that we could demonize all Fathers for their lack of emotion or whatever comes to mind at the moment. But instead of beating a dead horse when he is down, I would like to make amends with my Father and all Fathers. You never left me Dad; you always stood up for me the best you knew how. I still remember you hugging me after all the seizures. I forgive you.