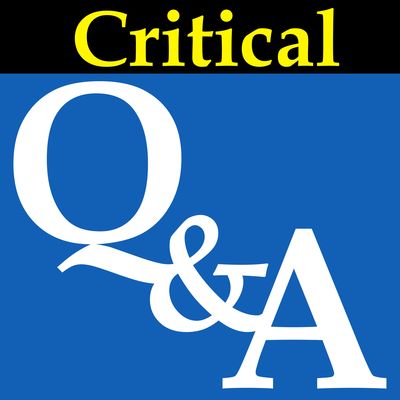 This week, it’s answers about getting out of the cult headspace, the euphoria of Scientology auditing, stress and pain, and a lot more. Enjoy!

(1) As you approach the end of your Master’s education with the goal of helping people exit and recover from destructive cults, how would you guide recovering people to learn to relax and have fun?  What did you discover on the outside that was the most fun when you got away from the bubble world?  Along with that, how would you advise these people to steer clear of the excesses available on the outside?

(2) I would think that many people who might otherwise leave Scientology choose to stay because they fear that an absence of auditing will leave them without a mechanism that they’ve become so invested in psychologically. What was your experience with this detachment from auditing? Once you left the cult did you seek out auditing sessions outside Scientology, or did you feel unsupported without auditing? Are you aware of others who either pursued auditing as ex-Scientologists or did not but suffered a sense of despair or hopelessness relative to their detachment from auditing?

(3) Hannah Eltringham-Whitfield has spoken about the frequent headaches she experienced while in the Sea Org, and how these eventually disappeared after she left. I think that this must be part of the body’s defensive mechanisms. It makes perfect sense that, if a person is under constant and intense stress, the mind will initiate pain. Defending the body from threats and harm is the original function and evolutionary purpose of pain: to force the person to extricate himself or herself from a situation of danger, which in this case is constant and extreme stress.

There is a section in Steven Hassan’s first book Combatting Cult Mind Control where he argues that, within the mind of a cult member, there is a struggle of two selves: between the cult-self and the original self, where something of the original self that has, deep down, survived and still resides in the mind, but which struggles to make itself heard, only occasionally surfacing.

I know that this is in large part an analogy to simplify and aid understanding, but I am curious to know your opinion on how you see these episodes of pain experienced by cult members, as indicative of a struggle between the cult-self and the original self, for example?

Did you experience unexplained (that is, with no obvious physical cause such as injury) and chronic pain while you were in the Sea Org, that you can retrospectively attribute to an ongoing inner struggle between your original and cult selves, or at least your body’s physical/psychological defenses?

(4) Given the massive secrecy around the Xenu story (and as I understand lukewarm reception from the OT III participants), isn’t the Church afraid to put this kind of space opera stuff out there for the public? I mean, even to lower level parishioners that are expected to read all of Hubbard’s material. How would they interpret these gems from their new local “self help” group? The closest thing we had in the JWs would have to be the Revelation stories from John and the subsequent interpretation/illustrations from JW, but even that doesn’t quite compare on several levels.

(5) Among other nonsense, on some lecture LRH described how there’s actually a working and a living civilization with trains and such hidden below the hostile and impenetrable clouds of Venus. Regarding Mars, he said all the bases are hidden behind force fields so I guess you could use that as an excuse why there doesn’t seem to be anything even though it’s surface is pretty much all mapped by now. But he forgot to throw this in for Venus and clearly stated the infrastructure is there, no force fields. But probes have landed in Venus too and if I remember correctly 99% of its surface has been mapped from orbit. There were no trains. How would a current Scientologist explain this to himself and to others?

(6) I would like to know if you think David Miscavige has a “golden child” in the wings that he is mentoring to be the next Chairman of the Board so there wouldn’t be a free-for-all power struggle like when LRH died.

(7) What is your favorite graphic T-shirt currently in your wardrobe?

(8) I have learned through years of looking into Scientology that once one reaches OT 8, Hubbard tells people that they will acquire all the unbelievable powers. Have you met anyone who can display these powers or has anyone ever seen anybody admit to acquiring these powers? How do the very small number of OT 8s currently living come to terms with the fact that nothing they were promised is true?