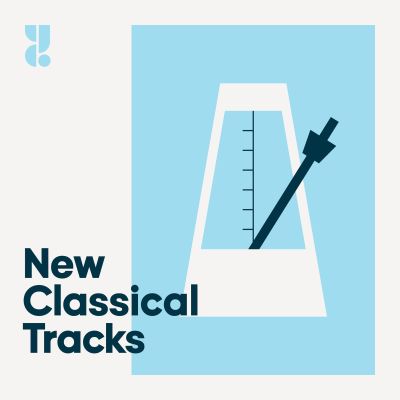 “The first question was not, ‘What should I play?’ It was, ‘Should I even practice?’” said pianist Andrew von Oeyen when the global pandemic shut everything down in 2020. “Do I even want to practice? Because, the whole thing was such a shock to all of us.”

Then he, who lives both in Paris and in Los Angeles, discovered a silver lining, which became the basis for his latest recording, Bach — Beethoven.

How did you switch gears due to the pandemic and end up making this recording with this repertoire?

“Originally, I had planned to record three Ludwig van Beethoven sonatas in celebration of the 250th anniversary of the birth of Beethoven, but then the pandemic hit, lockdown occurred and concerts were canceled.

“So when I went to the piano, I didn't really know what I'd play. I had a list of scores, a pile of scores on, the piano. I just naturally pulled out a score of Bach and said, ‘You know what, this is music I don't play very often. Let's just see where it goes.’ It turned out that this music immediately appealed to me.

“I found it both timely and timeless. I ditched one of the Beethoven sonatas and replaced it with this beautiful, expansive overture in the French style of Bach.”

How is the music of Bach good for you during a time of chaos like the pandemic?

“This music expresses a universal emotion. I needed something that seemed bigger than us.  There was a spiritual dimension to it. We needed to cling to something, and I felt somehow more hope with Bach than any other composer.”

How did you choose the Bach pieces that appear on this recording?

“Not only am I recording Bach for the first time in my life, I'm recording a piece I've never performed before. The overture in the French style is an anomaly in his repertoire, because it is so French. I think I chose it for its freshness and because I was just always fascinated by this kind of French style from the court of Louis XIV, which is unique for Bach.”

Why did you chose to still include Beethoven on the recording?

“I was riding this wave of inspiration from Bach and Beethoven was influenced so much by Bach. I just took some of the Bach clarity and brought that to the Beethoven. The second wave was a chance to unleash everything. I really wanted an outlet for all of that energy, and I don't think there's a better outlet than the Beethoven Appassionato.”

To hear the rest of my conversation, click on the extended interview above, or download the extended podcast on iTunes or wherever you get your podcasts.