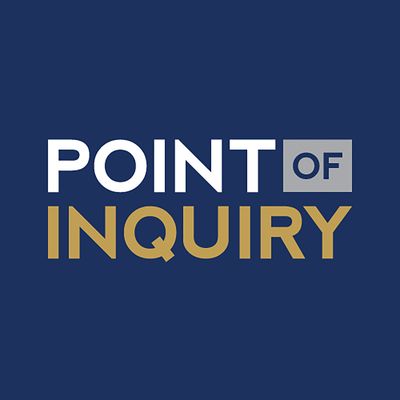 Have you ever been curious about what other people believe in or how they navigate the ethical challenges of life? Ancient philosophy was partly used as a way to better understand the best way to live life.

In this episode of Point of Inquiry, Jim Underdown talks to two of the editors of How to Live a Good Life: A Guide to Choosing Your Personal Philosophy. The book is a collection of essays by fifteen philosophers describing what it means to live according to a philosophy of life. These philosophies range from Eastern traditions like Daoism, Confucianism, and Buddhism, Western beliefs like Stoicism, and contemporary philosophies such as existentialism and effective altruism.

Massimo Pigliucci and Skye Cleary, who also wrote chapters for the book, discuss the book, what led to its creation, their specialties of Stoicism and Existentialism (respectively.), and how they incorporate their philosophical beliefs in their day to day lives. The book and this interview provide a beginner’s guide on choosing a philosophy and ways to live those beliefs out in the real world.

Massimo Pigliucci is the K.D. Irani Professor of Philosophy at the City College of New York and was formerly a biology professor at Stony Brook University. His research interests include the philosophy of biology, the relationship between science and philosophy, the nature of pseudoscience, and the practical philosophy of Stoicism.

Skye C. Cleary PhD MBA is a philosopher and author of Existentialism and Romantic Love (Palgrave Macmillan 2015). She teaches at Columbia University, Barnard College, the City University of New York, and previously at ThinkOlio, the New York Public Library, and in a prison.