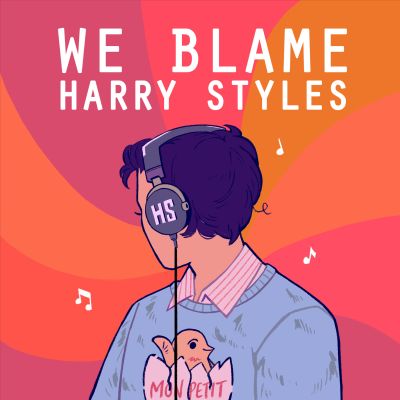 episode 16: Harry Styles in iCarly and One Direction: This is Us

In episode 16, hosts Key (he/they) and Gray (he/him) are joined by a very special guest and their friend Ava (she/her) in semi-seriously analyzing the first two entries in Harry Styles’ film oeuvre - the iCarly episode iGo One Direction and the documentary One Direction: This is Us. After Ava shares her fandom origin story they go over the news, including the shifted Love on Tour dates (9:45) and the prospect of new music, and a Harry Lambert photo of thongs (a peak at a new fashion era? Literally just Harry Lambert’s laundry? You decide- (17:05)).

Following this clownery, they move into the main discussion about the first of two very important entries in Harry’s filmography: One Direction’s brief stint on the tv show iCarly (22:59). Ava takes the reins, giving a totally serious description of the plot (26:10) and provides some controversial takes such as “this episode is actually good” before the rapscallion crew of gays move into the true meat of the episode’s analysis (30:20), including the very serious question - how might this episode have affected Christopher Nolan’s choice to cast Harry in Dunkirk?

They then move on to what can charitably be called an analysis of One Direction: This is Us (43:56). First, they discuss the background of the film - what, exactly, it is, and who made it. How does it compare to other band docs? Does it succeed at what it’s trying to do? What does it leave out? How does it portray Harry specifically (1:12:27) Then, they discuss notable parts of the film (1:18:34), including the questions - so, they didn’t actually go camping, right? Is This is Us on Martin Scorsese’s IMDB page? And crucially: who farted in that one scene on the tour bus?

After giving their closing thoughts (1:31:40), they read some fun Letterboxd reviews of the film (1:37:35). Finally, Key, Gray, and Ava talk about some things that have brought them joy over the week (1:44:12), including a reference to Al Pacino as “meow meow” which some may describe as “questionable.”