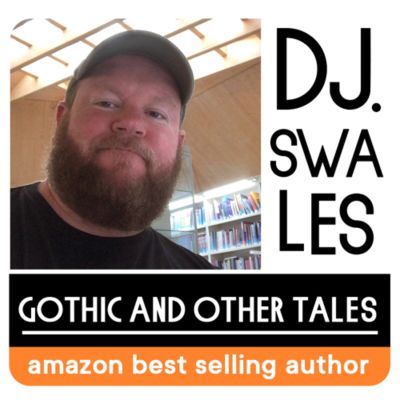 Discover how Sheila Barclay returned from London to Belfast, soon scandalizing the already-divided society with her newfangled take on Irish stew. Learn how Sheila boomeranged back to London in triumph, where one of her first customers outside Green Park Station was Josie (before she became Bloomsbury's mysterious midnight walker).

PEOPLE OF BLOOMSBURY is the first heartwarming book from the Curled Up and Cozy Collection, a charming and quirky magical realism series from the author of FITZMARBURY WITCHES, #1 Amazon Best Seller in several dark fiction categories.

Audio drama exclusive preview! Allow me to introduce you to your eccentric new London neighbours! Some harbour secrets. Some stumble, tumble, or tiptoe through their days. Others hurtle towards outlandish destinies. PEOPLE OF BLOOMSBURY is as snug as an English country village, as intriguing as a Miss Marple mystery, and as enthralling as Tales of the City. This book is a literary antidote to the lock-down blues.

PEOPLE OF BLOOMSBURY is available on Amazon from September, 2021.

Be enchanted by author D. J. Swales' debut feel-good novel of spell-binding and quirky magical realism fiction. The pages of PEOPLE OF BLOOMSBURY will charm readers of Strange Weather in Tokyo, Tales of the City, One Hundred Years of Solitude, Convenience Store Woman, The Diary of Adrian Mole, The Nakano Thrift Shop, and Palace Walk.

Meet these neighbours and more:

Be charmed by this first book in the CURLED UP AND COZY COLLECTION,  a series of charming short-chapter books inspired by Japanese popular fiction authors such as Hiromi Kawakami, Sayaka Murata, and Haruki Murakami, and the work of Armistead Maupin, Gabriel Garcia Marquez, Naguib Mahfouz, Sue Townsend, Salley Vickers, and Matt Haig.  Enjoy this audio drama exclusive preview podcast.

This author is an independent creative. Please support him on PATREON or PAYPAL.