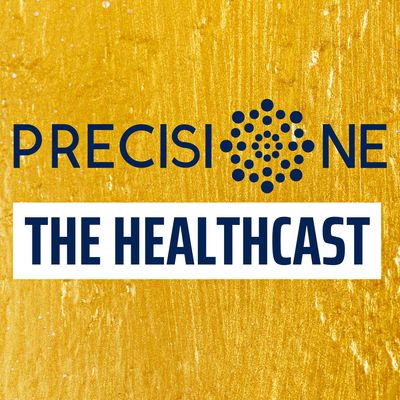 A uniquely trained speaker, author, and triple board-certified physician trained by Dr. Andrew Weil, Dr. Marvin Singh brings you tips to help you stay on top of your health, rather than underneath disease! Learn about Precisionomics™ and how to utilize cutting edge science and technology to decode your personal health blueprint while getting expert advice on how to live a balanced, happy, and healthy life!

Dr. Mayer is a Distinguished Research Professor in the Department of Medicine at the David Geffen School of Medicine at UCLA, Executive Director of the G Oppenheimer Center for Neurobiology of Stress & Resilience and Founding Director of the UCLA Brain Gut Microbiome Center.
He has been one of the pioneers in the science and practice of brain gut microbiome interactions with applications in a wide range of diseases in gastrointestinal, psychiatric and neurological disorders. He has published more than 388 scientific papers and co-edited 3 scientific books. He is the recipient of the 2016 David McLean award from the American Psychosomatic Society and the 2017 Ismar Boas Medal from the German Society of Gastroenterology and Metabolic Disease. His current research interest is focused on the role of brain gut microbiome interactions in human diseases, including Alzheimer’s and Parkinson’s disease, autism spectrum disorders, obesity and inflammatory bowel disease.
In addition to his academic interests, Mayer has a longstanding interest in ancient healing traditions and affords them a level of respect rarely found in Western Medicine. He has been involved in documentary film productions about the Yanomami people in the Orinoco region of Venezuela, and the Asmat people in Irian Jaya. He has recently co-produced the award winning documentary “In Search of Balance” and is working on a new documentary “Interconnected Planet”. He is a strong believer in Buddhist philosophy, was a member of the UCLA Zen Center for several years, and got married in a Tibetan monastery by Choekyi Nyima Rinpoche in Kathmandu. He regularly pursues meditative practices.
He has spoken at UCLA TEDx on the Mysterious Origins of Gut Feelings in 2015 and have been interviewed on National Public Radio, PBS and by many national and international media outlets including the Los Angeles and New York Times, Atlantic magazine and Stern and Spiegel Online. He is the author of the 2016 bestselling book The Mind Gut Connection published by Harper&Collins and translated in 16languages.
In his recent book, The Gut Immune Connection, Mayer proposes a radical, unifying concept about the chronic disease epidemic we are finding ourselves in. He discusses how changes in our diet, lifestyle and the way we interact with the world during the last 75 years have led to a profound dysregulation of the community of trillions of microbes living in our gut, resulting in a progressive chronic activation of our immune system. This aberrant immune system activation is emerging as the root cause of our current epidemic of interrelated chronic diseases affecting every part of our body. In addition, it makes us more vulnerable to viral pandemics. He uses the One Health concept to explain the intricate interconnectedness between the microbes living in our gut, in the soil, the health of our plants and our own health. He proposes a solution to the chronic disease epidemic, which emphasizes the implementation of major lifestyle changes, and focuses on a radically different approach not only to our diet but to the world.

How to learn more about our guest:

Please enjoy, share, rate and review our podcast and help us bring the message about precision health care to the world!