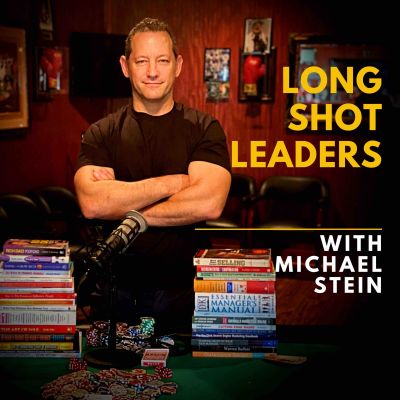 Long Shot Leaders tell the stories and secrets of leaders, Innovators, entrepreneurs, and various high achievers. We interview people of all walks of life and explore their struggles, shortcomings, challenges, and setbacks that ultimately lead to growth and betterment. Hard-hitting and fast-moving, connecting people from all walks of life to learn about entrepreneurship, leadership, relationships, cruise ships, and any other kind of damn ship you can think of. We talk to leaders in culture, film, regular business, show business, monkey business, you name it! digging deep to find the tools, tactics, and tricks that listeners can use. Michael Stein likes deconstructing why people do what they do and how they can be better.

How to gain power with The 48 Laws of Power & Art of Seduction with World Leading Author, NY Times Best Selling Author Robert Greene

Greene's books are sometimes described as manipulative and amoral. The Sunday Times noted that The 48 Laws of Power has become the "Hollywood back-stabber's bible" and that although the book is reportedly used by some business executives, it is difficult to find people who publicly acknowledge its influence because of the book's controversial nature.

Greene responds to this sentiment by stating, "These laws… people might say, 'Oh they're wicked', but they're practiced day in and day out by businesspeople. You're always trying to get rid of your competition and it can be pretty bloodthirsty, and that's just the reality.