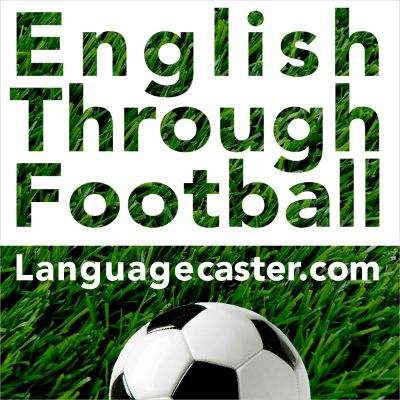 Welcome to all English language learners and teachers to languagecaster.com and its free football podcast. Every week a new football language show complete with vocabulary support for students who wish to improve their English language skills.

This football language podcast looks at some of the football language connected to Kidderminster Harrier’s amazing FA Cup run (2021-22 season). The transcript for this podcast is available below, and don’t forget to check out our huge football glossary  here. You can visit our site to access all our previous posts and podcasts, and if you have any suggestions or questions please contact us at admin@languagecaster.com or leave a question or comment on our forum. You can also support us by leaving a donation – just scroll down and click on the link in the post.(DB=Damon)
Kidderminster’s Cup Run – Football Language Podcast: 2021-22
DB: Hello everyone. My name’s Damon, one half of the languagecaster team, and I’m in a chilly but sunny Tokyo. Damian, the other member of the languagecaster team is in London, and he’s nursing a broken thumb after his latest football game! We hope you are OK, Damian! Must be painful. Maybe time to sit on the sofa and watch a bit of football. And, of course there are some big competitions going on at the moment. Internationally, there’s the Africa Cup of Nation and there’s also the oldest domestic cup competition, the FA Cup in England. It’s this latter competition we’ll focus on today.
Specifically, we’ll take a look at one team, Kidderminster Harriers, and language connected to them and their cup run.
Stinger: You are listening to languagecaster.com (in Tagalog).
Kidderminster’s ‘Cup Run’
DB: Yes, you are listening to languagecaster.com, and that message was in Tagalog.
Let’s start with that phrase, cup run – Kidderminster’s ‘cup run. This is a simple phrase, but one that all football fans will use. Many cup competitions use a knock-out format which means that if a team beats another side they pass to the next round while the loser is knocked out and does not play again. If a team wins a couple of matches in this kind of competition, the FA Cup in England, for example, you can say they are ‘on a cup run‘ – they have managed to win a couple of games on the run, one after the other. Fans at the start of the season hope for a good cup run – they want to see their team make progress in cup competitions.
** Click below to donate to languagecaster.com and keep the football language coming! **

Kidderminster Harrier’s fans certainly saw a good cup run, with the non-league side making it to the fourth round of the FA Cup (in 2021-22) before finally losing to Premier League side West Ham.
David and Goliath
It was a classic David and Goliath clash. David and Goliath is a famous biblical story in which David manages to defeat the giant Goliath against all odds – no one was expecting him to win but he did. In football, especially in cup competitions, we use this phrase when describing a match between a team with little or no chance of winning against a strong favourite. Kidderminster play non-league football in the sixth tier, the sixth level, of English football in the National League North, while West Ham, of course, are towards the top of the Premier League – the top tier. This was a real David and Goliath clash.
Giant Killing / Cup Upset
If a smaller team, a David, beats a bigger team, a Goliath, it can be called a giant killing. And, they nearly pulled off,