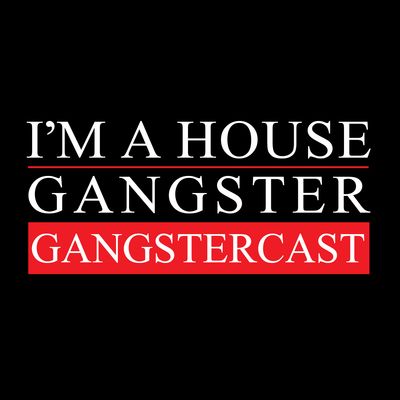 The GANGSTERCAST DJ mix series comes from the I'M A HOUSE GANGSTER movement. A HOUSE GANGSTER has the undying commitment and passion for House music, they know that this music is not a trend, it's a culture. The mixes all come from the DJs that follow this culture and love and respect the sound - some are established names on the worldwide scene, some are the future stars of tomorrow, and they all represent the raw, underground essence of real House music. Each mix in the GANGSTERCAST series allows the DJ to present their own take on House music and what it means to them. Featured DJs will include DJ Sneak, Tripmastaz, Ramon Tapia, Doc Martin, The Martinez Brothers, Phil Weeks, Hector Moralez, DJ W!LD, Andrea Oliva, Arturo Garces and many others.

Episode 88 of the Gangstercast series is brought to us by Alek Soltirov. In the ever changing illustration of what symbolizes house music today, a young entrant from Macedonia, Alek Soltirov, has immersed the uncompromising sounds of hip hop, old school funk and soul and crafted into his own signature house blend. His production trademark is by resampling the behemoths such as Patrice Rushen, Al Green, George Benson, James Brown, Dr. Dre, Tupac, resulting in an intrinsic funky house sound. Moreover, Alek is not afraid to demonstrate his own independent interpretation of deep and funky driven house. As such, his impressive portfolio has been recognized by the likes of Mark Farina, Joey Negro, DJ Sneak, Doc Link, Dj Heather on multiple occasions.

When we sat down with Alek, we asked how this mix represent him as an artist, to which he said “this mix in particular shows what I stand for when I say "HOUSE". You can hear jazzy beats, you can hear deep club sounds and jackin' drums all together in one mix complementing each other. That's also what I go from when I produce my own tracks as well.”

He went on to explain, “when I decided to record the mix I wanted it to showcase the true definition of HOUSE MUSIC. As I said before, it shows the jazzy side, the deep hypnotic vibe, the jackin' drums. So it took me a week or two to filter down from a big selection of tracks I had to define the final result.”