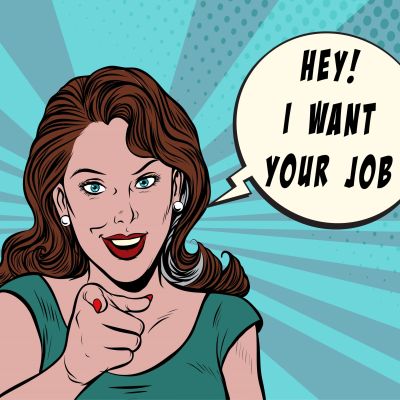 Hey! I Want Your Job!

An AMA-style conversation with people in the roles you want and the folks who can get you there. Support this podcast: https://anchor.fm/heyiwantyourjob/support

episode 19: S02E19: Bobby Hedglin-Taylor - From the circus to the bookshelf with love and laughter

Bobby Hedglin-Taylor is one of those people that brightens any room.  His anecdotes are so incredible that they would be difficult to believe from anyone less humble!  Circus, theater, television, books, you name it and Bobby's been involved!  While he never name drops it is clear he's been in some of the most incredible places with some amazing people.  High on the that list - his mom!  Bobby has written an incredible homage to his mother's humor, perspective, and memory called "#ShitMyMamaSays".  It's hilarious, and moving, and a bundle of catharsis in one place.  Here's what he says about it:

A little about me: Bobby Hedglin-Taylor, a circus and aerial designer who has worked on and off Broadway, in summer stock and regional theater as well as rock concerts and cruise ships, has just published his first book! Bobby's book is a tribute to his late mother called #ShitMyMamaSays-a humorous look at life while dealing with dementia. Now available on Amazon. In a recent podcast interview the host called him the "multi-hyphenated artist". Indeed he is! Trapeze artist, actor, dancer, singer, comic are only a few of those hyphens! Now adding author to his extended list! After his mother showed signs of dementia, Bobby had to take on the gut wrenching task of moving his mother into a nursing home. She was a spitfire with a mouth like a truck driver. To deal with the emotion and guilt Bobby took his mom's pithy sayings and shared them on social media. Sharing with the Hashtag #ShitMyMamaSays. This became a humorous way to deal with the stress and connect with others who have traveled the same path. After losing his mother at the beginning of the pandemic and suffering with Covid-19 himself Bobby Hedglin-Taylor began to write and in the 16 months of quarantine wrote two books to memorialize her amazing sense of humor. Bobby hopes that you will enjoy the first installment having his mother coming to life through these quotes and her incredible spirit.

#ShitMyMamaSays- A humorous look at life while dealing with dementia. In loving memory of my Mom, Mary Lou. Available now on Amazon!

Find more about Bobby, his mom, #ShitMyMamaSays, or his NEW book Escape to Ravioli Mountain here:

Hey! I Want Your Job is sponsored by the resume and career experts at O&H Consulting. Find out more about O&H's services at: https://www.oandhconsulting.com/.  This week's episode is hosted by Michele Olivier.