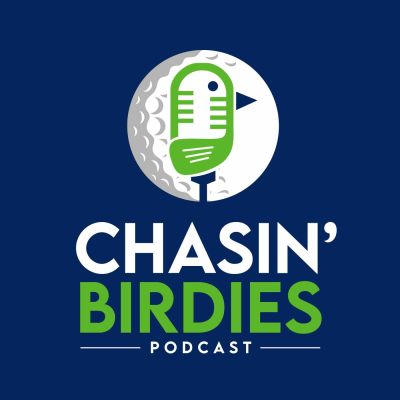 Booking a tee time with top athletes from the NHL, NFL, or with headlining musicians from the country music scene isn't easy. But we can give you the next best thing! Join avid golfers Jonathan Pepe and Ryan Bashour as they interact with professionals from other sports and industries, discussing their love for the game of golf and what keeps them coming back to the links again and again. Expect light-hearted interviews, tons of golf stories, and how they're doing on their own quest of chasin' birdies. Engaging episodes come out every two weeks. Partners of the Podcast include Nemacolin Resort, Bettinardi Golf, Holderness & Bourne, and Links Brewing.

Recorded in Pittsburgh at 93.7 The Fan (Thank y’all!), we open up the episode and get to learn a little more about George. Growing up in West Texas is what we all imagine: dirt roads, wide-open spaces, and country music. Music came early for George. After walking on to the University of Texas Men’s Golf Team, he joined forces with his friends in a band called Waterloo Revival.

After yearning for something more, he left the band to start his own gig: George Birge. This is chasin’ birdies. We transition over to songwriting and how his hit “Beer, Beer, Truck, Truck” came to be. After some advice from a fellow star, George created a TikTok page and was off to the races. We dive into his first single, “Mind On You,” and how this came to be. Obviously, we now have to talk some golf.

We discuss the LIV Golf Tour and other current golf matters. As we wrap up the show, we pay homage to Links Brewing for hosting us at Oakmont for two days. Boy o boy, ol’ George lit it up. Birdie on 18? Yep.

We round out the show with our standard Tap-In segment, where George is asked questions that demand his quick-witted reply. Golf fans and country fans…tune in! You won’t want to miss this one.

Chasin’ Birdies is hosted by Ryan Bashour and Jonathan Pepe and is proudly recorded in West Virginia. Produced by Simpler Media.