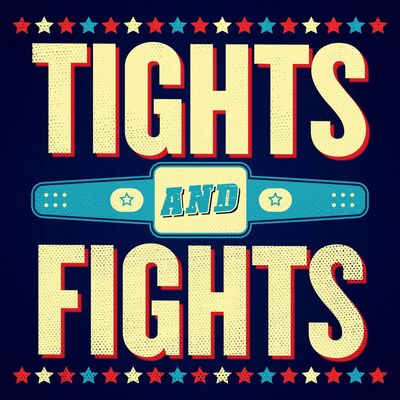 This podcast is sponsored by Soylent! Go to Soylent.com/tights to and use promo code TIGHTS get 20% off your first order.

What an emotional rollercoaster of a week! Let’s talk about it all on a jumbo-sized brand new episode of Tights and Fights!

Clash at the Castle was everything we could have hoped for and so much more. Some of the best matches of the year from WWE along with intriguing new directions for a bunch of the major characters. Drew McIntyre vs. Roman Reigns! Gunther vs. Sheamus! Bianca Belair’s first loss in forever!

The good vibes continued the next day on NXT: Worlds Collide. Are we finally excited about NXT again?

AEW’s All Out show was a bit more uneven, but still delivered some matches that were at least worth a watch… but that was almost forgotten just a few hours after the show.

After regaining his AEW championship, CM Punk  joined Tony Khan for a press conference that will live in infamy. He launched into a tirade that bad-mouthed Colt Cabana, MJF, Adam Page, Kenny Omega and The Young Bucks.

As if that wasn't enough, Punk said, "If you have a problem, come find me." And find him the Bucks and Kenny did, starting a fight that would get the Bucks, Pat Buck, Kenny Omega and Michael Nakazawa suspended. Ace Steel and Punk's status with the company has not been determined yet.

Danielle put over Black wrestling twitter amid the chaos.

Lindsey put over Damien Priest with a happy Welsh family.

Julian put over a column on the facade of CM Punk crumbling.