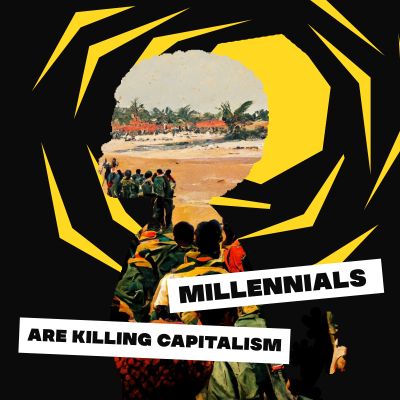 In this episode we welcome Robin DG Kelley back to the podcast.

Robin DG Kelley is the Gary B. Nash professor of American History at UCLA. He is the author of seven books, and the editor or co-editor of even more.

For this episode, Kelley returns to the podcast to talk about the 20th Anniversary Edition of Freedom Dreams: The Black Radical Imagination.

We talk to Kelley about what has been added to the new edition of the book, and discuss some of the ways that Freedom Dreams has been taken up during and in the wake of what Kelley terms “Black Spring” the protests following the murders of George Floyd, Breonna Taylor, Ahmaud Arbery and others.

Kelley also talks a bit about the context in which Freedom Dreams was written and why he’s restored a previously unreleased epilogue to the book.

Beyond that we ask several questions about the original text itself, drawing from the great reservoir of Black radical visions that continue to animate Freedom Dreams 20 years after its release.

Just a quick plug Robin is currently raising funds for Palestine Legal which is an independent organization dedicated to defending and advancing the civil rights and liberties of people in the US who speak out for Palestinian freedom. We’ll include a link to that fundraiser in the show notes.

We’ll also include a link to purchase the new 20th anniversary edition of Freedom Dreams from Massive Bookshop. Speaking of Massive our book club for incarcerated readers with Massive Bookshop and Prisons Kill was able to fund copies of the 25th Anniversary Edition of Scenes of Subjection to all 41 its participants, so thank you very much to all of you who supported that campaign! We will be announcing our December book soon so keep an eye out for that.

And we also hit our goal of adding 30 patrons for the month of November. Thank you to everyone who continues to support us. If you appreciate and enjoy conversations like this, become a patron of the show. You can do it for as little as $1 per month and be a part of the amazing group of folks who make this show possible.