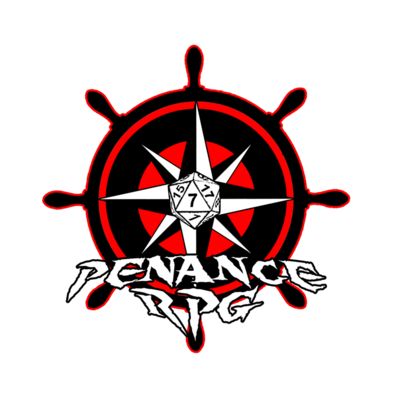 Penance RPG is a homebrew style of RPG podcast created out of the belief that actual play storytelling should allow for not only free player choice for any and every decision but equal consequences to these decisions. We believe this allows for an organic style of storytelling rarely seen anywhere else whilst still retaining a deep love for fantastical tales of castles and characters. As all bard’s tales should, we work to not only tell our own tales of heroism and heretics, but also blend our own ideas with tales that have passed around the fires many times over to create fresh blood for older stories, telling them in such a manner that breathes new life and a different style to a tale that some of you may have heard more than 956877 times before.... We offer lovable characters, dastardly villains, dangerous scenery and chaotic situations all in an attempt to bring you something different from your standard dungeon crawl.

A Lurking Leviathan, A Chatty New Friend
How Will They Escape This Supposed Dead-end...

This week the Party Encounter a Feathered Friend & a Fearsome Seabeast

Will Fred finally be of use to Ora?
Will Andreadina Save Lobrena from a Hungry Belry?
Can The Nameless Rogue Figure out this New Feathery Accomplice?
What will Become of Tensho as he descends beneath the Waves?
Will Cap’n Ash Suffer the same Fate if she Follows him?

Also this week: Belry Writes an Employee Review, Tensho Sits on a Pun & Ora has an encounter with something Apparently More dangerous than a shark.

Editor's Note: Something Strange was going on with Andreadina's mic this week, I think she must have had the sensitivity turned right down as you can sometimes hear her scribbling, rattling pencils & generally making strange background noises, i did what i could and hopefully whats left isnt too Distracting.
-Pzk

Support us on Ko fi and Patreon