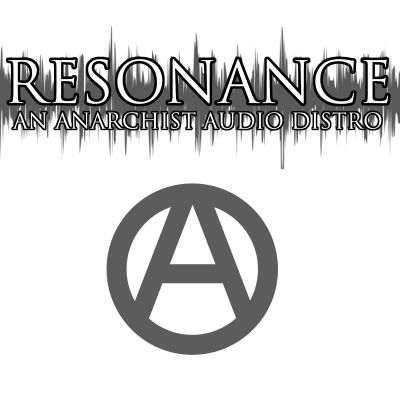 We are recording anarchist and related texts and distributing them in audio forms. In this way we hope to make anarchist ideas more accessible and anarchist practice more informed. We may not agree with every word of every text we record but hope that the distribution of these texts in audio form continues lively anarchist discussions and ultimately we hope that those discussions lead us into the streets. resonanceaudiodistro.org

This Is What Democracy Looks Like: An Anarchist Critique Of Democracy – MP3 – Read – Print – Torrent – Archive – YouTube

In the words of the introduction to this pamphlet, “One would think that a political doctrine and system that was propagated by the bourgeoisie in their rise to power, that is promoted world-wide by the Western ruling class, and that has only existed in its so-called ‘pure’ form on the backs of slaves, would at least be suspect in the eyes of those who oppose the present social order. But such is not the case.” Indeed, it remains lost on many would-be radicals that contemporary democracy is only the form of government dominance which is best suited to industrial discipline, its late capitalist successors, and all the therapeutic measures that they necessitate. A substantial difference posited between even the most “direct” forms of democracy and a living, breathing anarchy? Inquire within.

These essays were collected in a Venomous Butterfly publication about 15 years ago. The main courses of this modest feast are the fourth and fifth pieces to appear in the sequence– “The Lesser Evil” by Dominique Misein and “Who Is It?” by Adonide– and the especially discerning listener or reader may want to proceed to these without delay. A small number of the insurrectionary critiques from the early part of this millennium can be said to lack a certain traction in our transforming social conditions, or to stand to benefit greatly from supplementation by other meditations. The best moments of this collection escape this fate. They deftly explore the clusterfuck of contradiction, quiet desperation, sheer brutality, and lopsided hierarchies that mark each and every one of the toxic quagmires known as democratic “societies.” These brief offerings retain a good deal of their heft and remain the sumptuous morsels they always were. The other pieces nicely round out a title that stands along with other of its contemporaries– impeccable journals like “Killing King Abacus” and “A Murder of Crows”– which contributed not a little to the anarchist ferment of the past couple decades.

The false opposition to fascism– democracy– stands unmasked as its progenitor and collaborator. The polis is a gendered slave state. The vote is a sham. One more indication for an anarchy that cannot be bought off or tamed.

This audio zine is appropriately set to “Red Right Hand” by Nick Cave and the Bad Seeds, an unnerving sonic portrait of the consummate recuperator: the smiley-faced propagator of the Big Lie, the miracle worker of Capital, the man who rolls into town promising all the good things of life but delivers naught but suffering and falsity, the one who has reduced you to a microscopic cog in his catastrophic plan. You might remember this song from the movie “Scream” or more recently from the “Peaky Blinders” series, itself a kind of portrait of the disaster wrought by liberal democracy and its world.

He’s the settler, the master, the businessman, the gentry, the democrat. He now puts a rainbow badge in his window and donates to the right charities.

They’re whispering his name through this disappearing land. But hidden in his coat…