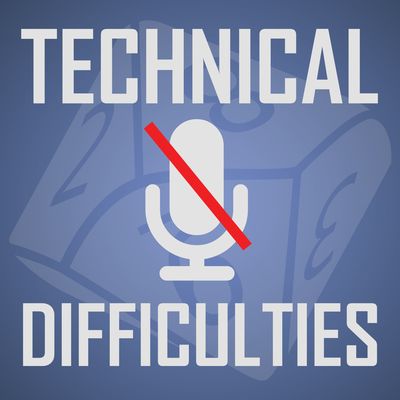 Hello, Internet! You are now experiencing Technical Difficulties! We are a tabletop role playing game podcast, inspired by the likes of Role Playing Public Radio and The Drunk and The Ugly. We record our game sessions using Google Hangouts and want to share them with you. New episodes every Wednesday.

A new campaign begins! A group of students at Hamlet Grove High Christian school are drawn together by a group project, and invitations to a party that night. All of them are... odd or weird. Their worlds will collide, in more ways then one...

Aaron: January Smith (She/Her), The Hollow: A girl who doesn't remember anything from beyond a year ago. Relatively new to town, desperate for friends.

Ben: Seth Metmaxas (He/Him), The Serpentine: His family of serpent/hydra folk are of a people who had ruled the earth, but now do not. He uses his family's wealth and abilities to observe humanity for future endeavors.

Ethan: Victor Munroe ‘Roe’ Velvet Jr.(He/Him), The Infernal: The son of Victor Munroe Velvet Sr., a popular prosperity gospel preacher. However, his father isn't what he seems, and Roe's got access to things he should not...

Ian: Ashley ‘Ash” MacFarland (He/Him), The Fae: His family moved to town recently, after Ash essentially had them run out of town. He also has vague memories of encountering Fae, and now he is blessed with powers. Or is it cursed...?

Laura: Esther Neal (She/Her), The Queen: The leader of the debate team. A mundane human and a good Christian girl, as far as we know.