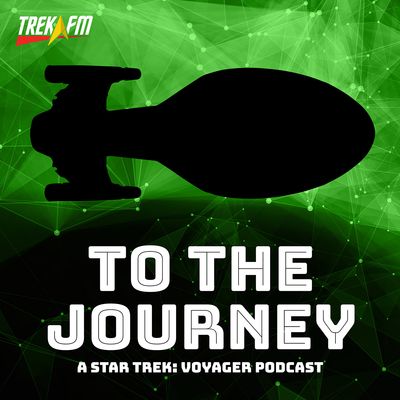 To The Journey: A Star Trek Voyager Podcast

To The Journey is a Trek.fm podcast dedicated to Star Trek: Voyager. Not an episode review show, To The Journey explores specific elements with host Zachary Fruhling and guests.

In this episode of To The Journey, hosts Liam Smart, Suzanne Williamson and Zachary Fruhling are joined by Amy Nelson and Joe Keegan of Earl Grey, our sister podcast on Trek.fm dedicated to Star Trek: The Next Generation, for part two of our discussion of the Star Trek Fan Collective Borg episodes. Together with Amy and Joe, we discuss the following Borg episodes from Star Trek: Voyager: "Scorpion" (Parts  1 and 2), "Drone," "Dark Frontier" (Parts 1 and 2) "Unimatrix Zero" (Parts 1 and 2), and the series finale, "Engame."