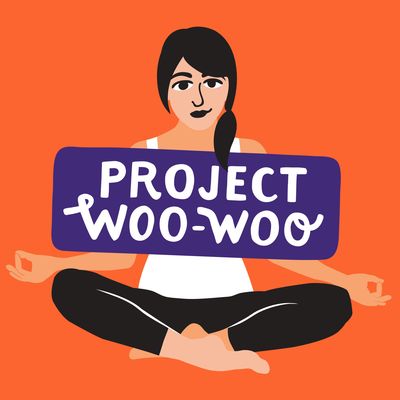 This is an encore Project Woo Woo to honor the one and only Eddie Van Halen.

Who is Henry Phillips:

You may know Henry from his recurring role as “John the server guy” on HBO’s Silicon Valley, or as the star of the movie Punching Henry, currently running on Showtime. You can check out his popular cooking show “Henry’s Kitchen” on YouTube.

You can find more of Henry on his website, Henry Phillips.

Being on the Dr. Demento show for the first time.

What did Henry learn from Eddie:

It’s always amazing to research the personality of someone you admire. It turns out he’s very complex and very simple at the same time, which I found to be unique.

Who is Eddie Van Halen:

Besides being a brilliant rock guitar player and founder of Van Halen, he was my high school crush.

This was the first time I have met Henry Phillips. My boyfriend and I were in a theatre company over 20 years with his mother Linda. One night there was a weird blip in the universe and my boyfriend sort of saved his life. So, I told him my boyfriend saved his life and he should do the Woo Woo. He agreed and we have Eddie Van Halen.