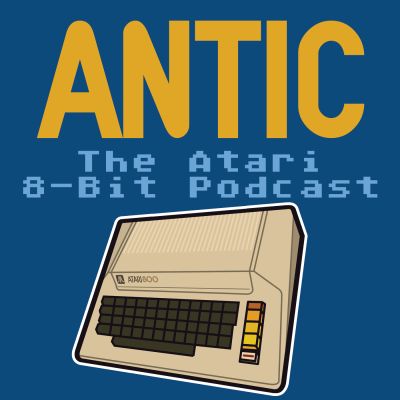 We cover Atari news, reviews, and a special feature each show for the Atari 8-bit line of computers (400/800/XL/XE/XEGS)

Jim Leiterman worked at Atari from April 1982 through March 1984 in the research group, under Alan Kay. His various projects included software for Project Puffer, an exercise bike peripheral for the Atari 800; an 8-player Hammurabi game; and an unreleased port of the game Warlords.

He created a symbolic disassembler, which he used to port the game Kangaroo from Atari 5200 to the Atari 800. That version of Kangaroo was released by Atari Program Exchange, in the fall 1983 catalog. Prior to Atari, Jim was a programmer at Horizon Simulations, where he worked on Shadow Hawk One, "a futuristic game of spacefaring piracy."

This interview took place on July 12, 2021. Be sure to check out Jim's web site where he has posted some photos of the hardware and software that we discussed.