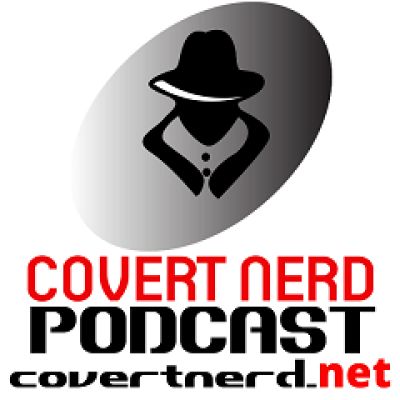 Nerd culture podcast that aims to bring out the inner nerd in all of us! Celebrate your inner nerd by uncovering books, video games and comic book gems from the past and present and analyzing them from a nerd perspective.

Full show notes and links below:

The Joker is a supervillain created by Bill Finger, Bob Kane, and Jerry Robinson who first appeared in the debut issue of the comic book Batman (April 25, 1940), published by DC Comics. Credit for the Joker's creation is disputed; Kane and Robinson claimed responsibility for the Joker's design while acknowledging Finger's writing contribution. Although the Joker was planned to be killed off during his initial appearance, he was spared by editorial intervention, allowing the character to endure as the archenemy of the superhero Batman.

In his comic book appearances, the Joker is portrayed as a criminal mastermind. Introduced as a psychopath with a warped, sadistic sense of humor; the character became a goofy prankster in the late 1950s in response to regulation by the Comics Code Authority, before returning to his darker roots during the early 1970s. As Batman's nemesis, the Joker has been part of the superhero's defining stories, including the murder of Jason Todd—the second Robin and Batman's ward—and the paralysis of one of Batman's allies, Barbara Gordon. The Joker has had various possible origin stories during his decades of appearances. The most common story involves him falling into a tank of chemical waste that bleaches his skin white and turns his hair green and lips bright red; the resulting disfigurement drives him insane. The antithesis of Batman in personality and appearance, the Joker is considered by critics to be his perfect adversary.

Bill Finger, Bob Kane, and Jerry Robinson are credited with creating the Joker, but their accounts of the character's conception differ, each providing his own version of events. Finger's, Kane's, and Robinson's versions acknowledge that Finger produced an image of actor Conrad Veidt in character as Gwynplaine (a man with a disfigured face, giving him a perpetual grin) in the 1928 film The Man Who Laughs as an inspiration for the Joker's appearance, and Robinson produced a sketch of a joker playing card.

In the 1988–89 story arc "A Death in the Family", the Joker murders Batman's sidekick (the second Robin, Jason Todd). "A Death in the Family" is a four-issue, 1988 Batman comic book storyline published by DC Comics. The story was written by Jim Starlin and illustrated by Jim Aparo, while Mike Mignola (28 year old Mike) designed each cover.

Alan Moore and Brian Bolland's 1988 graphic novel The Killing Joke expands on the Joker's origins, describing the character as a failed comedian who adopts the identity of the Red Hood to support his pregnant wife.[25][52] Unlike The Dark Knight Returns, The Killing Joke takes place in mainstream continuity.[53] The novel is described by critics as one of the greatest Joker stories ever written, influencing later comic stories (including the forced retirement of then-Batgirl Barbara Gordon after she is paralyzed by the Joker)

Batman: Three Jokers Geoff Johns basically taps Alan Moore's origin for The Joker from The Killing Joke as the official Joker origin - and then twists it. Instead of The Comedian's pregnant wife dying in that electrical fire (as Moore told it), she was helped by the police to escape from her increasingly insane and criminal husband. This drastically changes the dynamic between Joker and Batman - and the potential danger the villain poses, if he ever finds out the truth.

In 2006, the Joker was number one on Wizard magazine's "100 Greatest Villains of All Time." In 2008 Wizard's list of "200 Greatest Comic Book Characters of All Time" placed the Joker fifth, and the character was eighth on Empire's list of "50 Greatest Comic Book Characters" (the highest-ranked villain on both lists). In 2009, the Joker was second on IGN's list of "Top 100 Comic Book Villains," and in 2011, Wired named him "Comics' Greatest Supervillain." Complex, CollegeHumor, and WhatCulture named the Joker the greatest comic book villain of all time while IGN listed him the top DC Comics villain in 2013, and Newsarama as the greatest Batman villain.

Proud Member of Eddie and the Star Cruisers. For more great content go to the Facebook Page: