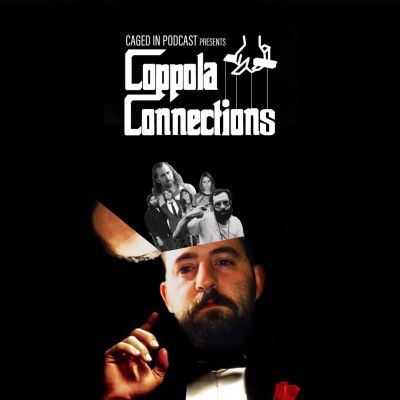 Welcome to the family. After Petros watched, reviewed and lost his mind watching every Nicolas Cage film. It's time to look at the Coppola family, whether it's Francis Ford Coppola or Patricia Arquette for the 5 years she was married to Nicolas Cage in the pursuit to answer the ultimate question; Are they the greatest film family of all time.Each week Petros is joined by a guest where they discuss their relationship with the Coppola family and dissect a film in order to piece together their mark on cinema history.Get bonus content on PatreonSupport this show http://supporter.acast.com/cagedinpod. See acast.com/privacy for privacy and opt-out information.

This week we step head back in time to 1950's Hollywood to discuss Tim Burton's love letter to a director who was voted the worst of all time in 1980, Ed Wood. I'm joined by Matt Brothers of Spocklight, Sudden Double Deep & Is Paul Dano OK? to see if Stephanie Schwartzman can help solidify the Coppola family as the greatest film family of all time. Come and enjoy as we put on our angora sweaters, paint some paper plates to look like flying saucers and make some Coppola Connections.

Is this film streaming? CLICK HERE to find out.

IS PAUL DANO OK? on SPOTIFY

SUPPORT CAGED IN on PATREON

CAGED IN on LETTERBOXD

Caged In is apart of the Breadcrumbs Collective, head over to the WEBSITE to get all episodes of this show as well as other great shows.