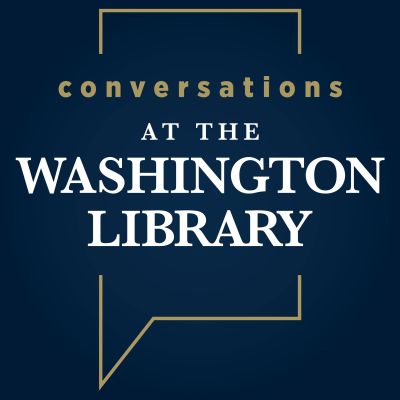 Conversations at the Washington Library

Conversations at the Washington Library is the premier podcast about George Washington and his Early American world. Join host Jim Ambuske as he talks with scholars, digital humanists, librarians, and other guests about Washington's era and the way we tell stories about the past.

On September 14, 1814, Francis Scott Key began composing "The Star-Spangled Banner after witnessing the British attack on Fort McHenry. Of all the things he could have done after seeing that flag, why did Key write a song?  And how did his new composition fit into a much longer history of music as a form of political persuasion in the Early Republic?

On today’s episode, Dr. Billy Coleman joins us explore the power of music in the early United States, and how Federalists in particular used it as a kind of weapon to advance their vision of a harmonious nation led by elites. He also helps us understand why music as a form of historical evidence is a remarkable way to get inside the heads, and the hearts, of people from ages past. Coleman is the Kinder Institute Postdoctoral Fellow in Political History at the University of Missouri. He is the author of Harnessing Harmony: Music, Power, and Politics in the United States, 1788-1865, (UNC Press, 2020).

Coleman and his collaborator, the music producer Running Notch, have also created a soundtrack for the book, featuring modern interpretations of some of the most important political songs of the eighteenth and nineteenth centuries.nFind the soundtrack here or search for “Harnessing Harmony” on Spotify.

You’ll hear clips from a couple of these tunes over the course of today’s program, but make sure you stick around after the credits roll for an exclusive opportunity to hear the complete versions of "Hail, Columbia" and "Jefferson and Liberty," which appear “ courtesy of Running Notch from the “Book Soundtrack” to Billy Coleman’s Harnessing Harmony: Music, Power, and Politics in the United States, 1788–1865 (UNC Press).

Billy Coleman, Ph.D. is the Kinder Institute Postdoctoral Fellow in Political History at the University of Missouri. His research articles also appear in the Journal of Southern History and the Journal of the Early Republic. His new project, “Making Music National in a Settler State,” is exploring the transnational origins of national music in the United States, Canada, Australia, and New Zealand. Dr. Coleman is currently the North American-based Book Reviews Editor for the peer-reviewed journal, American Nineteenth Century History.