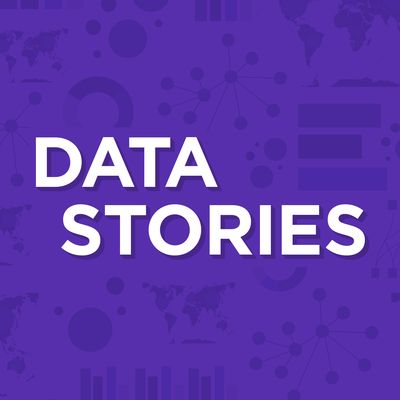 We have Matt Daniels on the show, the “journalist engineer” behind Polygraph, a blog featuring beautiful journalistic pieces based on data. If you are not familiar with the site, stop now and take a look.

Matt starts with a simple question — for example, what songs from the ’90s are still popular? — and tries to answer it through data analysis and visualization. The result is always a well-crafted web page and applications, with a mix of data analysis, interactive graphics, and explanations.

On the show we talk specifically about two projects: “The most timeless songs of all-time,” in which Matt analyzes song popularity from Spotify data, and “Film Dialogue from 2,000 screenplays, Broken Down by Gender and Age,” in which he examines movie dialogues as a way to dig deeper into gender biases in the film industry.

This episode of Data Stories is sponsored by CartoDB. CartoDB is an open, powerful, and intuitive platform for discovering and predicting the key facts underlying the massive location data in our world. Whether you are a business, government agency, or simply a lover of revolutionary spatial insight technology, don’t settle for anything less than the best interactive maps around. Learn how CartoDB is shaping the world of location intelligence at cartodb.com/gallery and check out the Location Data Services mentioned in the ad.