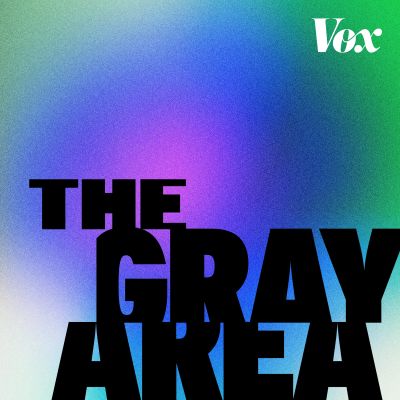 The Gray Area with Sean Illing

The Gray Area with host Sean Illing is a philosophical take on culture, politics, and everything in between. We don’t pretend to have the answers, but we do offer a space for real dialogue. Resist certainty, embrace ambiguity, and get some cool takes on a very hot world. Formerly the Vox Conversations podcast. New episodes drop every Monday and Thursday.

What good are piecemeal reparations? From Georgetown University, where school leadership once sold enslaved people, to Evanston, Illinois, where redlining kept Black residents out of homeownership, institutions and local governments are attempting to take reparations into their own hands. But do these small-scale efforts detract from the broader call for reparations from the federal government?

Fabiola talks with Indigenous philanthropist Edgar Villanueva, founder of the Decolonizing Wealth Project and creator of the Case for Reparations fund, about the reparatory justice efforts underway across the country and the role that individual donors might be able to play in reparations. Fabiola also speaks with activist Kavon Ward, who worked to restore Bruce’s Beach, waterfront land in California, to the descendants of Black families who were pushed off the land by eminent domain. (Ward’s work was funded by Villanueva’s organization.) They discuss how jurisdictions are repaying Black people for what was taken from them — and if that repayment can be considered reparations at all.

This series was made possible with support from the Canopy Collective and the Robert Wood Johnson Foundation. To provide feedback, please take our survey here: https://forms.gle/w9vYsfFGvdJLJ3LY9

How a California beachfront property now worth millions was taken from its Black owners (CBS, May 2021)

272 Slaves Were Sold to Save Georgetown. What Does It Owe Their Descendants? (The New York Times, April 2016)

Enjoyed this episode? Rate Vox Conversations ⭐⭐⭐⭐⭐ and leave a review on Apple Podcasts.

Subscribe for free. Be the first to hear the next episode of Vox Conversations by subscribing in your favorite podcast app.

This episode was made by: