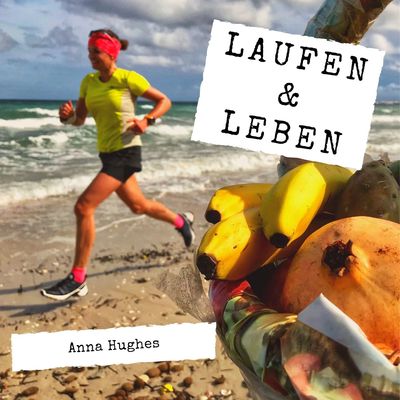 Anne-Marie Flammersfeld – how a simple idea helped her rise to winning the Desert Grand Slam Title and going beyond your wildest imagination.

I´ve heard of Anne-Marie in a magazine article years ago. She had just won the Grand Slam title and made it into the club of the first German woman ever to finish all four Racing The Planet desert races within one year. Not only that, she won every single race of the series without ever having had an ultra marathon running experience before.

Talking to Anne-Marie felt like talking to a good friend. Her warm-heartedness, humour and outgoing persona is infectious. In this conversation, she talks about her background in ballsports and what set her heart on fire for running. She goes deep into what triggers her to perform on such a high level and what supports her self-belief in faith. If you think it´s about sheer talent and physical training, Anne-Marie proves this wrong.

It was first during a trip in Argentina that she met a Norwegian guy and the crazy idea to participate in the Racing The Planet series was born. Anne-Marie never just simply wants to run a race. With a clear goal in mind, she´s tackled the most grueling mountain and trail races world wide since 2012.  She´s driven to discover new places inside and outside of herself.  Moving in nature being an essential part in her life, Anne-Marie is tireless in her pursuit to explore unknown territory.

She´s found a deep passion in her bottom-up project which she talks about in-depth as well as her passion to make the world a better place for children in need.

Anne-Marie isn´t purely an athlete. As a sports scientist with her own coaching and training business in the high mountains of St.Moritz in Switzerland, she´s committed to help others rise to be their best, to live in the moment and making the most of life every day by trusting and following your innate instincts.

At almost 40, she´s nowhere near the end of her ultra running career. If anything, she´s full of ideas and plans for the future, feeling called to turn another simple idea into a bigger vision.

Please enjoy this conversation on the power of the mind, dealing with post-race depression and strategies you can apply to your life to reach your goals.